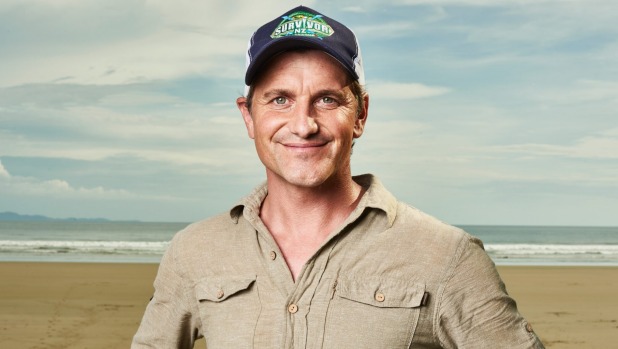 When it comes to Survivor New Zealand, what you see is what you get.

“I’d never worked in reality television before,” says Matt Chisholm, the former Seven Sharp reporter who hosts the show. “So I was worried about how much prodding and manipulation there might have been but it’s not like that at all.

“Because of the nature of the game, all the drama just happens right in front of you. It’s not called Survivor for nothing. It would have to be one of the toughest games on telly.”

It was also tough on a personal level. Chisholm missed the birth of his first child while filming the show.

READ MORE:
*NZ version of Survivor Nicaragua gets release date, will air two nights a week
*Survivor NZ: Ex-army survivalist without fear about being on Survivor NZ
*First Survivor contestants announced
*How does Survivor NZ compare to other countries?

“That was huge. When they first started talking to me about hosting Survivor all the dates lined up with the birth of our first-born so it was all looking pretty sweet but, as things evolved, dates got pushed around and it looked like I was going to miss the birth. I’ll be forever indebted to her (wife Ellen) won’t I?” he says.

The New Zealand version of the US reality show dumps 16 Kiwis in the Nicaraguan jungle with little more than the clothes they are wearing. Over several weeks, they must build their own shelters and forage for food and also compete in challenges and “outwit, outplay and outlast” each other.

Chisholm says while he had never thought of himself as the Kiwi Jeff Probst (the American Survivor host), he was thrilled to have landed the role.

“I think it was a lot easier to become the host than a contestant because 8000 people applied to be on the show and I think they only tried about 10 or 12 people as host. The odds were definitely better,” he says.

Apart from a few ‘Kiwifications’, the local production sticks to the formula that has proved so successful over the past 17 years.

Chisholm says any suggestions New Zealanders would survive the deprivations of being on the show better than their American counterparts were quickly dispelled.

“They thought they would probably be more fun and be nicer, but it doesn’t take long for the game and the contestants to really show their true colours,” he says.

“They were very quickly behaving differently to how they would typically behave and then they would have to try to sleep at night thinking of the things they had done to these other contestants.

The contestants, too, were a long way from loved ones and home comforts, and had to survive in gruelling conditions.

“It’s not the Chatham Islands, is it?” says Chisholm. “One day I picked up my dirty washing and out fell a scorpion which brushed my arm. There were tarantula spiders inside my villa as well and a snake, a small snake about a foot long, just out my door in the resort.

“That’s where I think these contestants were so amazing. They had all these creepy crawlies just all around them while they were sleeping on the beach or up in the jungle. Plus, really hot, humid conditions, just eating rice and beans or whatever they could forage for in a – really nasty at times – game that they were playing, a cut-throat game.

“I know I was counting down the days (until it was over). I was literally ticking off days on the calendar and they were doing it much harder than me.”