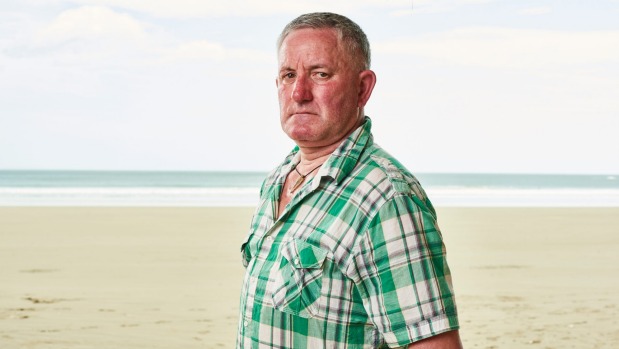 Without shelter and with barely any food, Survivor aims to push its contestants to their limits. For one competitor, that’s nothing he hasn’t been through before.

Tony Deane was once dropped into a Malaysian swamp with nothing but a rifle, machete and the pair of shorts he was wearing. At high-tide the swamp water rose above his head, at low tide he had to forage through the mud.

“I’ve done all that, trained how to do that, so it won’t be that hard,” the 55-year-old former soldier says of his Survivor NZ experience.

Deane, along with 15 other contestants, took part in the first series of Survivor NZ due to screen from May 7. The contestants’ backgrounds included teaching, business and outdoors instructing. Only Deane, however, had a background in real life survival.

TVNZ announced the names of another four contestants that had taken on the Survivor challenge in Nicaragua.

Deane spent 17 years in the army, he was a Sergeant and instructor, he also served in East Timor in 1999. He wouldn’t call his time spent in a war zone “hard”, instead he said “it was definitely challenging”.

“For me it was a pretty good tour, but it was second nature, it was no big deal to me,” he said.

Deane said the training that got him through it all was still stuck in his mind, years after leaving.

“You ask any war veteran, when it all comes to custard and the bullets start flying, it comes back to training,” Deane said.

Part of his training saw him forced to learn the benefits and dangers of 50 different plants. He had to be able to light a fire in under three minutes (without matches) and build a raft and shelter from driftwood.

Looking back at his training, Deane said “this is real survival, you’re not getting anything.”

In the Malaysian swamp there were snakes, “some of them poisonous, some of them not, some of them pretty large”.Deane said he had to model a raft from bamboo with spiked vine lashings before the tide came back in, when the tide was in he fished and looked to get fire, but then the monsoon would hit anyway.

So, if the actual survival aspect wasn’t a worry, Deane said he was most concerned about the social side. He wouldn’t be breaking anyone’s trust on the show, he said he was a man of his word. The show though, would “bring out the best and the worst in some people”, he said.

“Sell your soul to the devil, this is what survivor is.

“There are consequences, everything you say and everything you do has a consequence on Survivor. How much of your soul are you willing to sell to the devil, this is what it will come down to for a lot of people.”