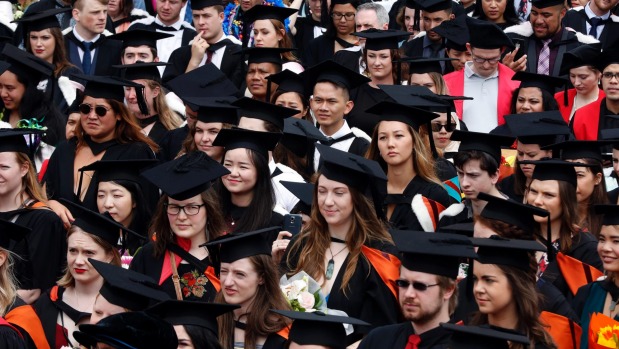 Young people’s futures are at risk as more students fail to make the grade for university, despite passing NCEA.

The Government’s targeted 85 per cent pass rate at level 2 had been useful but “it’s about time it got lifted to NCEA level 3 and university entrance”, UNZ executive director Chris Whelan said.

Students typically sit NCEA level 3 in their last year of secondary school. To pass, they must achieve at least 60 level 3 credits, 20 at level 2 or above, and pass basic literacy and numeracy requirements at level 1.

UE requires NCEA level 3 with at least 14 credits in three of 48 approved subjects, and 10 literacy credits at level 2 or above.

Whelan said students who achieved level 3 but not UE were likely hampered by at least one of three demotivating factors: living outside a major city, attending a “less academically-oriented school”, or being the first in their family to potentially access higher education.

International research indicated living within 14 kilometres of a university doubled a student’s likelihood of going into tertiary education, he said.

“If you come from a lower socioeconomic background or a rural background, you are not aspiring to university entrance. You’re looking at how you get into your first job. If your parents didn’t go, then you are less likely to recommend it [university] to your kids. It’s about breaking that cycle.”

Maori and Pasifika students especially were at risk of being pushed to take subjects offering pass-or-fail unit standards rather than the more difficult achievement standards assessed in approved subjects.

As such, they were often excluded from universities, polytechnics and the 48 per cent of jobs that required degree-level qualifications, Whelan said.

“There’s almost a lolly scramble of unit standards at level 2, which makes it hard to get pre-requisites at level 3. We hear stories about reassessments and resubmissions in school to get them [students] across that line.”

Though they needed only 60 level 2 credits to achieve that qualification, students were routinely entered into 120 standards and often skipped work-intensive literacy and numeracy standards.

“Unfortunately we’re seeing a lot of young people saying ‘if it’s not worth [enough] credits I’m not doing it’,” Boyle said.

Last month, the Productivity Commission suggested scrapping UE. Tertiary Education, Skills and Employment Minister Paul Goldsmith said: “I don’t want to rule specific recommendations in or out until the Government has had time to properly consider them.

“Not all students are on an academic pathway and not all students intend to go on to degree level study. NCEA is a flexible qualification which can support students into a wide range of future education and employment options.”

A NZQA report released about the same time said students were gaining UE without the literacy and numeracy skills needed to succeed at university. NZQA is now undertaking a five-year review of the qualification.

The Ministry of Education did not respond to Stuff’s request for comment.

For level 3, students must have passed:

– 10 numeracy credits at level 1 or above. For UE, students must have passed: