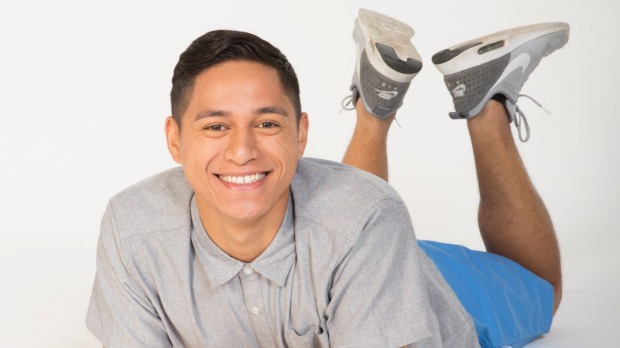 Sticky TV host Jahmaine Paki loves nothing more than dancing and he is keen to encourage Kiwi kids to follow in his footsteps.

“It’s exercise, keeps you active, keeps you moving and it’s a way of expressing yourself as well,” says the 22 year old, who is in his third year co-hosting the after-school show alongside Leanna Cooper and Walter Neilands.

“You don’t need anything. All you just need is your body to move really. Nothing can hold me back from dancing. As soon as I hear a song, there’s no boundaries for me. I just give it my all.”

Jah can’t remember a time when he didn’t dance and he has honed his skills over the years through competitions and joining groups – including the JGeeks crew, who were finalists in 2012’s New Zealand’s Got Talent competition.

He has also taken lessons from internationally renowned Kiwi dancer and choreographer Parris Goebel, who has worked with stars including Rihanna and Justin Bieber.

Now he has been hailed as a role model for New Zealand children.

“There are always dance challenges on YouTube and there’ll be kids asking me if I know those dance challenges, you know, the whip, the nae nae and the juju,” Jah says. “They go, ‘Can you show me, can you teach me?’. It’s great to just talk to them about it and spread dancing to everyone.”

Jah is Sticky TV’s choreographer and regularly teaches dance routines to his co-hosts and the show’s audience members.

“The most priceless thing is seeing their faces just light up because they are on stage with me,” Jah says. “It’s such an awesome opportunity. I am still gobsmacked – even though this is my third year – that I’m working here … Being able to dance on TV just blows my mind.”