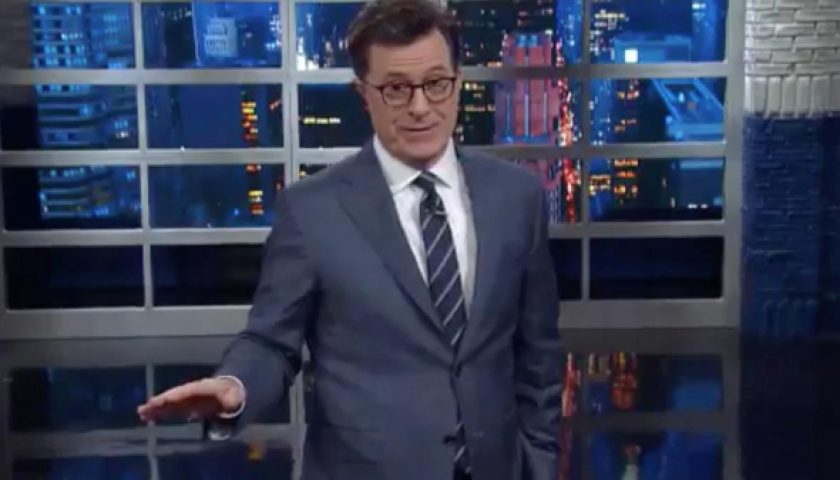 When Fox fired Bill O’Reilly on Wednesday, they weren’t just addressing the sexual harassment allegations that surround him, they were also rebalancing the cosmic scales. As long as The Colbert Report was on the air, the universe had one real Bill O’Reilly selling bullshit stories and, in “Stephen Colbert,” one bullshit Bill O’Reilly selling real stories. Tip those scales—say, by getting Colbert to retire his character while the real O’Reilly goes on about his business—and you end up in a state the Hopi call “koyaanisqatsi,” which loosely translates to “life out of balance, plus Trump is president.” But as of Wednesday, with both O’Reilly and “Stephen Colbert” off the air, nature can finally begin to heal.

Of course, for the universe to rebalance, “Stephen Colbert” has to stay off the air, too, and unfortunately, that’s not what happened. It’s totally understandable that Stephen Colbert, the actual human being who hosts The Late Show with Stephen Colbert, wouldn’t let his alter ego’s role model go without a proper sendoff. But by saluting O’Reilly twice, one as himself, and one as “Stephen Colbert,” the late night host may have set the universe’s O’Reilly scales askew once more. As himself, Colbert took the high road, vowing not to publicly gloat (before going off-camera to privately gloat):

As satisfying as it is to see “Stephen Colbert” get the bad news about his beloved O’Reilly, we hope this extra dose of fake Bill O’Reilly doesn’t have horrible consequences for the universe’s O’Reilly levels (the so-called “O’Reilly factor.”) But without more federal funding for research, there’s no way to be sure just how much Bill O’Reilly is out there at any one time. As “Stephen Colbert” astutely observes, that’s Obama’s Trump’s America for you!