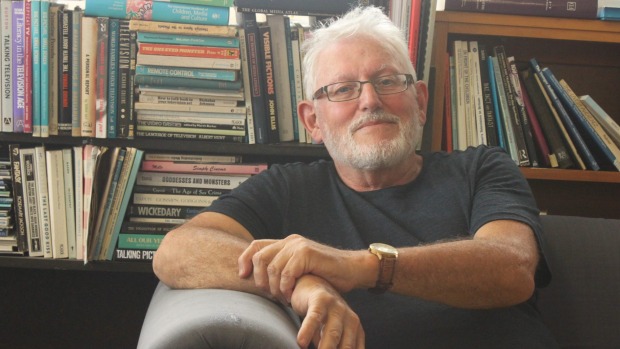 Screen and Media Studies lecturer Geoff Lealand has been working at Waikato University for 25 years.

That’s a quarter of a century worth of academic journals and magazines accumulated adorning his office shelves.

But now he says he’ll have to start packing up his mementoes, as he is one of the staff members affected by the university’s proposed cuts.

Lealand, who works in the Faculty of Arts and Social Sciences (FASS), said the department’s cuts were expected to be around 20 per cent, with 21 jobs proposed to be terminated.

Four positions have already been pulled, with 17 more proposed to be cut.

Lealand will continue lecturing until November this year.

The Hamilton media mentor said the staff had conflicting messages from vice chancellor Neil Quigley and believes there needs to be more transparency with the university’s budget.

Whether it’s being told the school needs constraints on student numbers, or to grow subjects and positions, messages have been skewed, he said.

“When did universities start having to be profitable?” Lealand said.

“But more importantly, our job description says we have three major roles: teaching, which is vitally important, research output and community outreach.

“Research and community outreach seem to have been ignored in this whole numbers measurement.”

Educated in New Zealand and the USA, Lealand has been part of Screen and Media Studies (formerly Film and Television Studies) during its most vigorous time of expansion.

On the university website, it says Lealand has been an integral part of the subject’s steady growth.

His expertise are with television studies and audience research, issues of media and cultural identity, writing for the small screen, journalism training, world cinema and children’s and adolescent’s use of media.

However, due to the cuts, papers are said to be reduced to nine in the Screen and Media Studies major for next year: two in first year, three in second year and four in third year.

“We used to have a great offering reflecting staff interests and meeting students’ interests as well.”

A paper that might disappear under the proposed cuts is Media in Aotearoa.

“Most of our students, if they go into the screen industry, they’ll be working in New Zealand and won’t even know about it.”

Lealand said there have been a raft of changes at the university throughout the years.

“One of the things I’ve always urged with students is that they’ve been brought up in the digital world but there were worlds before it.

“A lot of film and television owes a hell of a lot to the past.”

University of Waikato vice chancellor Neil Quigley said the school’s yearly budget is given to it by the Tertiary Education Commission, and that it is broken down into numbers of students in each funding category.

Within its limit, the university is required to stay close to the target, he said.

“If we want to grow, and obviously we would like to, we have to demonstrate there is some potential for growth, that we’ve got some excess student demand.

“You can’t take a lot more students instantaneously even if you could find them, because we still have to stick within the guidelines given to us.

“It’s a very competitive environment in the sense that there’s really no increase in school leavers at the moment across the country.”

Quigley said discussion at the university had been about offering programmes that will attract students to come to Waikato.

He said despite media studies being an attractive option for school leavers, the numbers are not reflecting an increase.

“People in the arts and social science faculty have known they had a problem with student numbers for a decade, and if we could grow based on the things we’ve been offering in the past, we would have done that.

“The challenge is, we have to come up with new programmes that students actually want to take if we’re going to generate growth there.”

Quigley said any papers proposed to be cut would most likely be phased out rather than culled instantly.