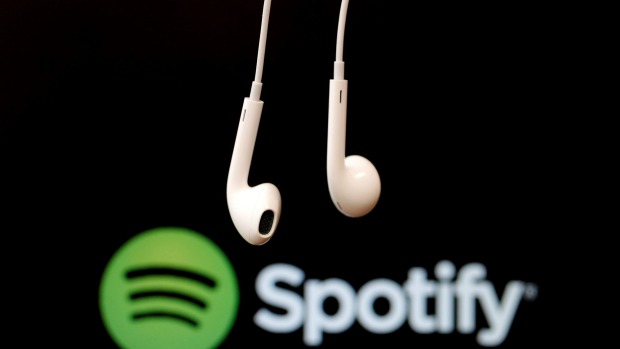 When Daniel Ek first marched into record label offices in 2006, they must have thought he was off his rocker.

Here was a 23-year-old telling them that their future wasn’t going to be CDs or even digital downloads, but streaming music over the internet. What’s more, they were going to offer it for free.

The internet was a different beast back then. Superfast broadband meant being able to get a picture on to Facebook, wi-fi was not yet ubiquitous, and the iPhone didn’t exist. YouTube was in its infancy and Netflix was a DVD rental service, so streaming was still an untested concept.

So Ek’s idea, an unlimited song selection available instantly, and supported by adverts, would have elicited some head-scratching.

READ MORE: * Why I ditched Spotify for Google Music * Spotify to restrict some albums for two weeks * How Spotify, Pandora picks your music

Besides, even if such a strange future were to exist, why would it be entrusted to a no-name company called Spotify, rather than a giant like iTunes or, indeed, the labels themselves?

But it was a desperate time for the music industry. Revenues were entering their fifth year of decline, and piracy was rife – especially in Sweden, Spotify’s home nation. At this point, they were willing to try anything.

Two years later, Spotify launched with the support of all the major labels, putting millions of songs at our fingers, for nothing.

The only price we had to pay was listening to a short advert every few songs. The day I got my hands on an invitation from a university friend – at that point you could only download Spotify if someone you knew had a code – the ability to play any piece of music instantly felt almost like cheating the system.

But while Spotify’s popularity grew, hardly anybody thought this was a business model that could work. How would a small amount of advertising ever replace the income from up-front CD sales? Spotify had a paid-for offering, but the free version was convenient enough for many to ignore it.

And as it grew, making its way on to smartphones, these questions refused to go away. And as Spotify started to eat into CD sales and digital downloads, artists began to raise a fuss. Whereas they would receive a decent fee from purchases, each stream of their song would result in a sliver of a fraction of a penny being paid in royalties.

But Spotify still haemorrhaged cash due to label payouts. In 2011, the influential tech blog Gigaom declared that it would never make a profit.

Spotify is still not close to making money. There are still those who believe its model is fundamentally broken. But many of the criticisms have been proved wrong.

For one, lots of people are spending money on it. In March, Spotify revealed that 50 million people pay its monthly fee, the same number as those who use the advertising-supported version.

The free tier has won Spotify some enemies in the music industry, most notably the pop star Taylor Swift, who withdrew her music in 2014 over its refusal to restrict her songs to the paid-for version. But it has proved an effective stepping stone to subscribing, as well as discouraging piracy.

The music industry is also growing again thanks to Spotify’s revolution. Revenues from streaming surpassed downloads last year and will be the single biggest source of money within a couple of years.

Spotify has also defied many predictions to survive Apple’s entry into streaming.

Apple Music, supported by the might of the iPhone, has garnered over 20 million subscribers since launching two years ago, but this is still half of Spotify’s.

The Swedish service is, crucially, available in places that Apple’s offering isn’t, such as Amazon’s Echo speakers, and its sophisticated algorithms keep users addicted to the service. Other giants like Google have launched their own streaming platforms without Spotify wavering, a rare example of a European start-up standing face-to-face with Silicon Valley’s titans and not blinking.

But the company is now gearing up for its biggest test of all: going public. Spotify is reportedly preparing for a listing in New York that will value the company at around US$10 billion. The “direct listing” means it will not raise any new money, but allow existing investors to sell their shares.

It is a risky move, and not only because it is unconventional. Without the typical army of investment bankers to drum up interest and engineer a day-one pop in the share price, or the lock-ups that force start-up investors to wait before selling shares, Spotify could have a rocky start on the public markets.

The questions about profitability, meanwhile, will remain for some time, although the fact that revenues grew much quicker than losses in the most recent accounts is a positive sign.

But Spotify is walking into life as a public company from a position of strength.

Recently it signed a new deal with Universal that reduced the cut the world’s biggest record label receives from streams. The concession – allowing artists to restrict albums to the paid version of Spotify for two weeks – was a small price to pay.

Lots of technology companies are accused of over-optimism and unrealistic thinking. While Spotify still has its critics – Swift among them – it has shown that crazy ideas can work.