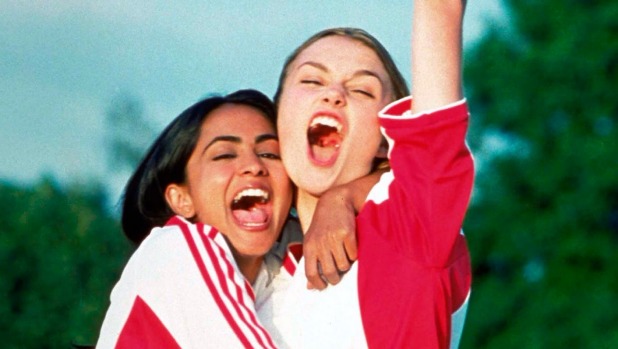 When rugby superstar Sonny Bill Williams conscientiously objected to a certain sponsor’s logo on his Blues jersey, it wasn’t a popular move.

As a Muslim, Williams chose to make a stand over advertising an institution that lends money and raises interest. Instead he’ll wear the logo of Plunkett.

Making a stand, however popular or unpopular, has popped up in sports before – think the NFL’s Colin Kapernick kneeling during the US national anthem and former All Black Michael Jones refusing to play on Sundays.

But one place taking a stand in sports is never controversial, is sports movies, where the underdog, defiant in the face of adversity, is the universal hero of the genre. Here are five films about cinematic athletes and who did it their way:

READ MORE: * Five films about Mars * Five of the best female lead movies * Five new movies that will give you some perspective on the US election

In the film, Mark Wahlberg’s character Micky Ward is hen pecked by everyone, his mother who’s his manager, his loser brother/coach, his girlfriend.

His loved ones constant manipulation, pressure and desire to control him bring him down making him a loser – in the ring and in life.

In the end, Micky doesn’t win until he shrugs them all off and goes with his gut – his only shot at winning (and ultimately at redemption) is to believe in himself, no matter what the people around him say.2. Invincible

When the local pro team (who have been on a losing streak) hold open try-outs Papale goes along to try out, even though his age says it’s a waste of his time. Despite making the team, the pros give him a hard time about his age, telling him he is too old to play. However he sticks with it, becomes the oldest rookie in NFL history and he carries the team to victory.

The voices tell him “If you build it, he will come” referring to a baseball diamond in the most unlikley of places.

Kinsella ploughs his cornfield to the dismay of everyone, telling him he will lose his farm if he continues.  Despite this, the farm is saved by Kinsella’s persistence and hundreds turn up to the field.4. 42

The film 42 tells the true story of Jackie Robinson the first African-American player to break the sport’s colour barrier.

Segregation in 1940’s America meant many baseball dimonds were closed to people of colour.

Robinson dealt with oppression and racism that almost drove him out of the game. However he fought to emerge as one of baseball’s all time greats, still to this day. 5. Bend It Like Beckham

The chick-flick that had a bit more substance to it than just a relationship.

However her parents forbid her to play, forcing her to lie to them.

In the end her parents choose to support Jess after her true talent shines through.