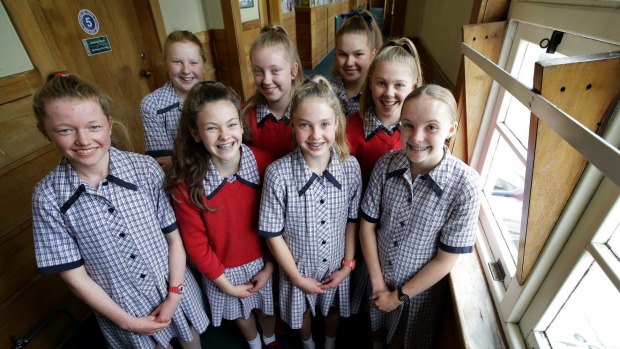 A group of Southland Girls’ High School students are among top academics in the world for their research on global issues.

The students were awarded for their work in gaining Cambridge Global Perspectives qualifications at a school assembly on Tuesday.

From the school eight girls got an A* grade, while four others got an A and one got a B.

The school’s global perspectives teacher and international students academic tutor Sharee Ineson said it was the first time the school had so many students achieve at such a high level.

The students completed a group project, two individual portfolios and an exam in November, which were based on global issues including education, language, culture, peace and conflict, she said.

Ineson took a different approach by linking the qualification to the Worlds Largest Lesson programme, a digital-based programme that educates students on global issues.

It was a “natural fit” that extended the students’ thinking, allowed them to learn in a real-life context and gave them a stronger knowledge and skill base to transfer their learning into the students Global Perspectives assessments, she said.

“It makes us realise how lucky we are here,” she said.

Cambridge senior manager for Australia, New Zealand and the Pacific Islands Roger Franklin-Smith said about 160 countries, with more than 12,000 schools, took part in the programme.

It was an opportunity for students to communicate, exchange viewpoints and learn internationally, he said.

“It gives them the chance to enrich the school curriculum,” he said.

Students from all over the world including China, the USA, Europe, Australia and the Middle East take part.

“New Zealanders seem to do very well,” he said.

“There’s a fairly serious growing for it in New Zealand.”

Ineson took a “unique” approach to combing the qualification with the Worlds Largest Lesson programme, he said.

Cambridge took note of the approach and would look into linking the qualification with other courses, he said.