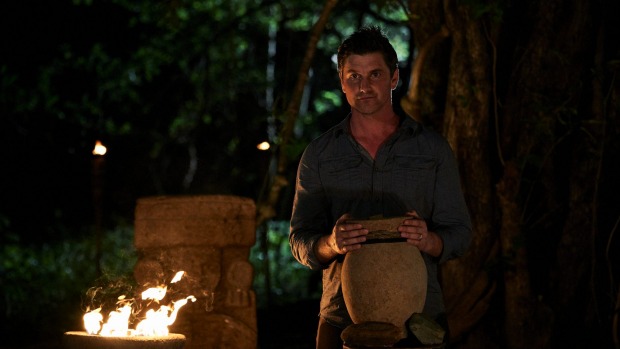 It’s an oldie but a goodie, say the producers behind New Zealand’s own take of the classic reality show Survivor.

The Survivor brand is 17 years old, out lasting almost every other programme of its kind. After 500 US episodes, Survivor has finally come to New Zealand. TVNZ plans to screen the show twice a week starting on Sunday.

In the world of television – where viewers make up their minds about a programme in less than nine seconds, according to research from Microsoft – Survivor is an aged battler. It’s one of the originals, from a time of American Idol and Big Brother. Idol’s time came to an end last year.

Survivor NZ‘s executive producer, Emma White of Warner Brothers, said the show would be the country’s new reality television darling, despite the concept not being new.

READ MORE:
* No internet, no food, hard work – that’s nothing new for teen contestant
* How does Survivor NZ compare to other countries?
* Contestant once survived a Malaysian swamp in a pair of shorts

“It’s new to New Zealand. Um, yeah so it’s new for us … Certainly we feel like it is a show that will resonate with audiences.”

Interest to be on the show surpassed any other local franchise, with more than 8000 applications.

TVNZ reporter Matt Chisholm though, secured the role of Survivor host by chance. He was wearing a cap when one of his colleagues spotted him and thought he looked like a true outdoorsman, series producer Tim Lawry said. The journalist of nine years was asked if he wanted to audition. He fitted the bill brilliantly, Lawry said.

Why did Chisholm take on the show? Well, it wasn’t that different from his normal job interviewing people, he said. His years of asking tough questions meant he was well equipped for the heated sessions of tribal council and, Chisholm said he’d gained a reputation as an unofficial sports commentator at home anyway.

Lawry said the breadth of talent that applied made excellent pickings for the Survivor team.

“All cultures, all ages, Survivor‘s like a mini version of New Zealand society. You get to see how the ages react to that environment and how they react to each other. The fascinating thing for us was how Kiwis were going to play the game.”

The chosen environment was a jungle coast in Nicaragua. A cast of 16 Kiwis were taken there, including ex-army man Tony Deane, 55, and 19-year-old farmer Louisa McClintock.

Filming lasted 40 days, and many of the contestants’ own families didn’t even know where they were.

The news that McClintock had been filming Survivor in Nicaragua for weeks was broken to most of her family through a Stuff article on Thursday. The 19-year-old lives with her grandfather on his farm near the North Canterbury town of Cheviot. They have no internet or computer, in fact, McClintock said that this story would probably reveal where she had been to her grandfather.

“He’ll probably find out in the paper, and he does love his newspaper,” she said.

Participants had been banned from talking about their experiences on Survivor, or even the fact they had gone on it until it was revealed in the media. McClintock stuck by her promise, telling family she was off on a short OE.

The existence of a local version of Survivor was revealed in February 2016, when TVNZ put out a casting call for anyone aged over 18 to take part in the show. From there, it took just more than a year to produce, Lawry said.

TVNZ commissioner Tony Manson said there was no time like the present to relaunch Survivor.

“It also seems to be going through a bit of a renaissance right now, so the timing feels right. Just look at Australia, who brought the show back for a third season last year, after a 10-year hiatus,” he said.

All going to plan, Manson said TVNZ hoped to pull at its audiences’ pop culture heartstrings with a remake of the show they grew up on.

Asked if he had any hesitation commissioning the show, Manson responded: “When the opportunity arose to make a local version of Survivor – in Nicaragua no less – we jumped at the chance.”

The show’s producers said about 65 people were working on Survivor in Nicaragua. A team of 35 locals helped with the production and set design, which Lawry said presented its own challenges as the English-speaking designers negotiated in Spanish.

The real reason for the location, though; Survivor US had just been filming there. The New Zealanders were able to move right in and even used some of the American staff, White said. She said it seemed like a perfect location, far different from the Pacific islands that Kiwis would be more familiar with.

Luckily, one local who could speak very good English was also tasked with keeping the group alive. A plants and animals expert kept watch over the production, “because it’s the plants too. Over there even the plants can kill you”, Lawry said.

“We had one challenge where we basically disturbed a fire ant nest,” he recalled. “The fire ants were just all over the crew. Then there were these plants, and they had ants that lived inside the thorns. The thorns would scratch you and then it would release the ants. There was something about the sap that made the ants angry as well. You couldn’t write this stuff.”

While the drama of it all did sound like compelling viewing, White went on to list what sounded like a health and safety nightmare: “We had crew that were bitten by snakes, stung by scorpions, pierced by skates (a stingray-like fish). I do not know of one person that didn’t get a funny tummy.”

That danger separated Survivor from the rest of the ever-growing reality television stable, she said. Although executive producer White wouldn’t call it the best show on offer.

“I don’t think you can say some of the best, but I think it’s epic. There’s no doubt about that. It’s dangerous, we put people in a situation where they are living on the edge,” she said.

Lawry, White and their employers at Warner Brothers have made a lot of reality television. They even made The Bachelor, with which they will now compete for viewers during the Sunday and Monday night timeslots.