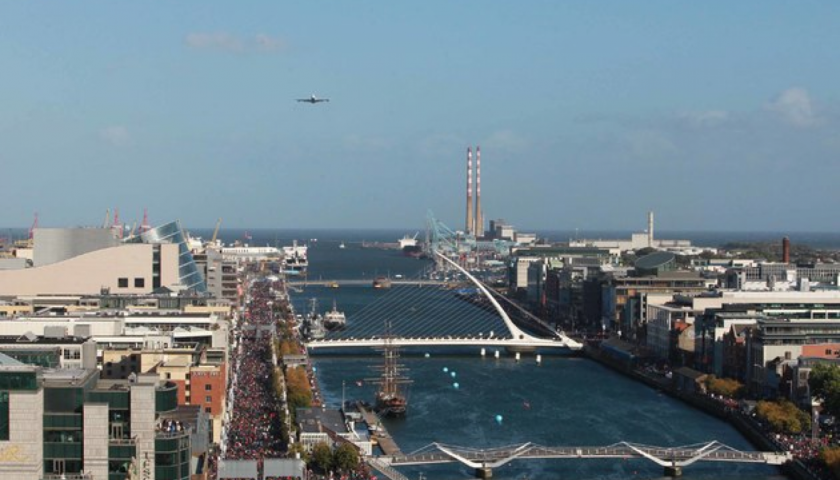 “Obviously we don’t want to be building skyscrapers in Georgian Dublin.”

HOUSING MINISTER SIMON Coveney says that he would like to see high-rise developments in Dublin – “in the right places”.

Despite an ongoing housing crisis and continued sprawl, Dublin has remained steadfastly low-rise. Last month, a plan for a 14-storey development in Sandyford was rejected as being “visually unacceptable”.

Speaking as he launched the Rebuilding Ireland Housing Land Map yesterday, Coveney said that going up could help solve the housing crisis.

“I would like to see high-rise developments – in the right places.

“There was a plan for Cork that would have been 30 or 40 storeys and we are seeing the tallest building in Dublin being built, so I think there is a new appreciation for high-density developments.”

Coveney said, however, that those buildings had to be “high quality”, saying that planners “would not go back” to Celtic Tiger-era planning standards.

In the capital, apartment blocks in the inner city can currently be 19 metres in height(or six storeys) and offices are allowed to be 28 metres (or seven storeys), but Coveney hopes those restrictions are reviewed.

You don’t have to go to many European cities to see that we can build very high quality urban communities with higher buildings.

“I hope that the representatives on Dublin City Council will look with an open mind at any restrictions they have in place. We have had a conversation about this and there has been some improvement.

Obviously we don’t want to be building skyscrapers in Georgian Dublin.

Coveney pointed to the upcoming Poolbeg masterplan site which he predicts will have a park and townhouses as well as higher-density accommodation.

A site in Galway’s docklands would be another potential candidate for “very high” buildings, he said.