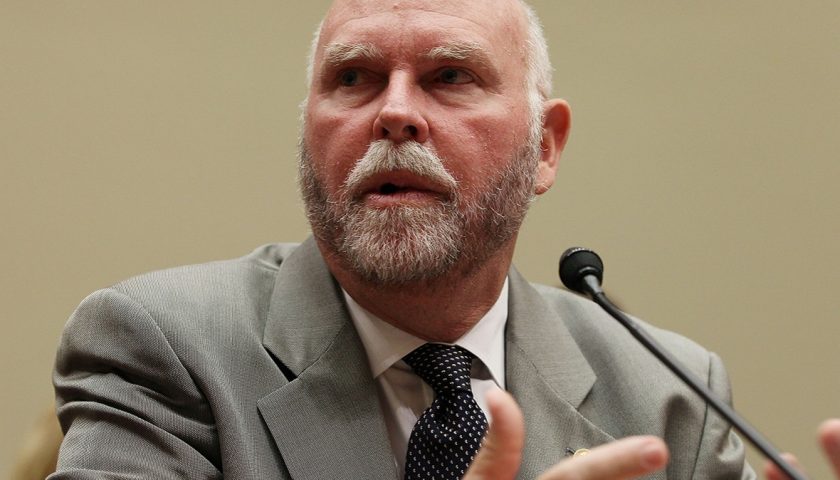 The synthetic biology community is divided.

As with many new fields, synthetic biology—which incorporates disparate disciplines like engineering, computer science, biotechnology, and molecular biology—is hard to pin down. But a rough working definition says that it is the application of the principles of engineering to biological systems. Instead of using engineering’s discrete modules of code, transistors, resistors, and capacitors, synthetic biology builds things from sequences of genetic material. The field has remarkable potential and has already been used to aid the production of antimalarial drugs and synthetic flavorings. One researcher used mail-order DNA and a genetic map available online for free to create a live polio virus. The implications could be enormous.

But the same characteristics that make it promising also create profound questions, particularly in terms of who will profit. Can you own or patent synthetic organisms? How will researchers access the genetic materials needed to do research? Will big companies be able to dictate who can participate in research? How we answer these questions and others will shape the future of the field—and determine whether synthetic biology lives up to its touted potential or just benefits those at the top.

In 2010, J. Craig Venter, a genomics pioneer and co-founder of Synthetic Genomics, announced that he and his team had produced the world’s first synthetic life form. The cell—colorfully dubbed Synthia—was hailed a scientific landmark, paving the way for organisms that are designed and built in labs rather than evolved in nature. Venter quickly sought broad and sweeping patents for his work, a standard practice in biotechnology. But the patent applications sparked a visceral response, and in an interview with the BBC, British biologist John Sulston denounced the move as “damaging.” Sulston, who shared the 2002 Nobel Prize in physiology or medicine, questioned the assumption that strong intellectual property protections are “essential for promoting innovation,” saying that “there’s no evidence” they do. He surmised that a successful application would bring the entire field under the control of Venter’s institute.

The mongrel nature of synthetic biology leaves it torn between these two competing intellectual cultures. On one side is Venter, continuing biotechnology’s legacy of leaning hard on intellectual property protections. The industry uses thickets of patents, closed labs, and secretive projects to restrict who can access, use, and benefit from innovations. It’s a system designed to protect the significant upfront investments required to bring products to market. Proponents maintain that a failure to uphold such strict standards will stifle innovation, deterring companies from fronting the necessary capital for research. Venter himself argues that the “ability to protect this intellectual property is a necessary component of a vital and robust science and biotechnology industry.” The Biotechnology Innovation Organization, the sector’s most powerful trade organization, concurs, christening IP the “lifeblood” of the field. On its website, the Biotechnology Innovation Organization emphasizes that “the value of patents to biotechnology innovation cannot be understated.”

On the other side is the open-source counterculture inherited from computer science and engineering. In those fields, researchers typically share their findings in public repositories. (Historically, at least. Apple, Samsung, Google, and other tech companies have engaged in fierce patent wars, of course.)

Citing the dearth of evidence supporting the need for a patent-heavy culture—as well as the obvious successes in computing—synthetic biologists have built large open-access databases of DNA “parts.” In doing so, they hope that the field will open up to more than just big businesses and prominent university labs, and that a more diverse array of applications will be discovered. Synthetic biologists want to avoid, or even end, the bitter patent wars that can often accompany new discoveries, embroiling companies or universities in yearslong battles for supremacy. MIT, Harvard, and the University of California, for instance, have been involved in an ugly dispute for years over the revolutionary genome-editing technology CRISPR-Cas9.

The largest of these repositories of DNA parts is maintained by the International Genetically Engineered Machine, or iGEM, an international competition that encourages students to “work together to solve real-world challenges.” The initiative has been hugely successful, and alumni have gone on to start a number of socially conscious companies to address pressing problems, including antimicrobial resistance and water sanitation.

It is unclear which culture will come to rule synthetic biology. A more open-source approach, coupled with falling costs of DNA synthesis, will likely see the field opened up to more and more actors. An intellectual property–heavy approach will see synthetic biology follow a closed path like that of biotechnology. We will probably end up in some middle ground: There may be an open ecosystem of “parts” while there are heavy protections for more complex inventions, like cells used to produce a particular drug. As an article in Nature puts it, “if the synthetic-biology building blocks are compared to Lego, then in this situation the bricks would be free but a design for a complex rocket ship made of hundreds of Lego pieces would be patentable.”

That leads us to another big question: Who will reap the benefits of these new innovations coming from synthetic biology?

Strangely, synthetic biologists find themselves governed by the broad remit of the U.N. Convention on Biological Diversity, or CBD. The convention objectives include the “fair and equitable sharing of the benefits arising out of the utilization of genetic resources”—a principle that will shape synthetic biology. It codifies a nation’s sovereign right to its genetic resources and is intended to address accusations of biopiracy, in which researchers and industry from wealthier nations exploit local resources and knowledge without recognizing the source.

The Nagoya Protocol, which entered into force in 2014, provided a legal foundation to this principle. Though still in the process of being codified in domestic law, the protocol is already challenged by developments in synthetic biology. First, the definition of “genetic resources” is woefully imprecise. The CBD defines these as “genetic material of actual or potential value,” with this material in turn determined to be “functional units of heredity.” In this sense the CBD is very much a product of its time, written when the main focus of genetics was whole gene sequences. It would likely cover the E. coli engineered to produce the precursor to antimalarial drug artemisinin, which relies on inserted genes from other organisms. But it’s not clear whether the convention would cover the broader remit of synthetic biology, which focuses more on “parts” of genes and other components regulating gene expression.

The treaty is also challenged by the digital nature of synthetic biology, in which information on genetic sequences can be used to manufacture components out of raw materials. As it stands, the treaty seems to apply to physical resources. But if it isn’t extended to cover digital genetic information, its scope would be severely limited. It is also unclear how benefits might be shared, especially when nonmonetary in nature. Scientific advances in the understanding of a particular organism or disease gained from the use of particular genes, for instance, would be much harder to distribute than a simple fraction of drug profits. Would scientists in certain countries have a right to participate in, even receive credit for, work done on samples their countries provided?

These challenges ranked highly on the agenda of the 2016 U.N. conference on biodiversity, but an agreement remains elusive. It is likely biodiverse provider countries will argue for a broad interpretation of the treaty while wealthier nations, for more narrow interpretations, and the debate will come to a head at the next meeting in late 2018.

Whether synthetic biology will follow the historic path of uneven distribution that has beset many new technologies is contingent on the outcome of these two debates. The outcomes will determine not only who can access and engage in research, but also what will be produced and who can benefit from this. A more diverse ecosystem will likely benefit all involved, allowing a fairer system that still provides fertile ground for innovation. There is great potential in synthetic biology, and its realization will be determined by these next few steps taken. Whatever they are, let us hope the right path is followed.

This article is part of the synthetic biology installment of Futurography, a series in which Future Tense introduces readers to the technologies that will define tomorrow. Each month, we’ll choose a new technology and break it down. Future Tense is a collaboration among Arizona State University, New America, and Slate.