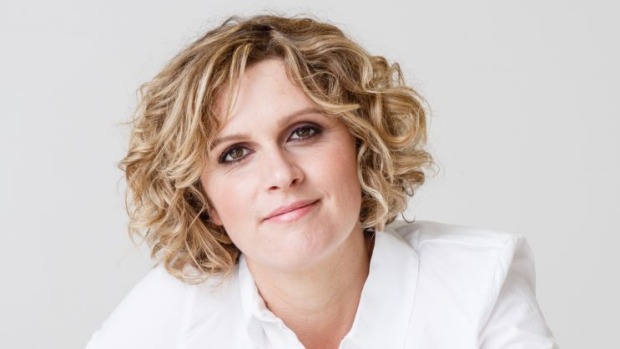 What is it like playing the mother of Shortland Street’s first transgender character? It’s great. It’s an absolute privilege. I was stoked when that was the reason for entering the show.

What was going on in your life when you landed the role of Kate?  I’d just made the move to Whangarei about five months earlier because I’d fallen in love. We’d just leased this dishevelled old building in the middle of town that we were going to build into a theatre and community space so I’d spent a few months not earning anything and doing heaps of work and being in Whangarei which is my home town. Then Shortland Street fell out of the sky, and I remembered I was a freelance actor, so I moved back to Auckland. But I do lots of commuting.

Your dad is an actor too… He’s an amazing theatre actor. He’s been in everything from Brain Dead to… I think he’s been on Shortland Street potentially three times – definitely twice. He played a gay art teacher years and years ago. I think I was still at school and then, more recently, he was one of Leanne’s (Jennifer Ludlam) love interests from Hamilton. Neville I think his name was. But he used to coach (actors) on the show when I was a teenager when Shortland Street was being filmed in Browns Bay. I remember being an extra and meeting Angela Bloomfield when I was 13. It was so exciting.

Has your dad given you advice about the life of an actor? Yes, many times. I was so close to it living with him. I don’t think he leapt for joy when I decided to go Toi Whakaari (drama school). There was a time when I was intent on doing film-making and making television from the other side of it and I think he was really keen for that. Then I went, ‘Oh I’m going to drama school’. But he’s so fantastic. There are two sides to it. One is the financial insecurity and the changing nature of it. But the other part of it is someone like Dad worked everywhere. He loves working. He believes in the storytelling. He’s worked in community environments all over the country. Fame and fortune hasn’t been his driving force.

Will he be back on Shortland Street? Will he play your dad? I’m hoping so. I thought that would be so great. I’ll definitely pitch it to the writers. I think there would definitely be the possibility that this character could be Kate’s dad. Leanne would be shocked.

If you had to be a contestant on a reality show which one would it be and why?How To Look Good Naked. I loved that show. It always made me cry how people would be completely made over and would be so happy with themselves. Something like that would be great. I’m actually not a great ‘competer’ so something like a cooking show or race wouldn’t be any good. I actually don’t respond well to competition and I retreat. I would probably fall in a heap in one of those high-stakes competitions.

What is one thing people don’t know about you? I used to play the flute really badly. I learned it from 11 until 17. I gave it a good go but it just wasn’t my forte. And I manage a community space up in Whangarei called One One Six which is the building I signed a lease on before I got the job. So I do that from afar.

What is the last series that you binge-watched?Stranger Things. Oh my God. It was so good. Everyone was talking about it at Shortland Street and I watched it a few months later. I just loved it.

What do you do on the Shortland Street set in your down time? I have a good laugh with Jen (Ludlam) because we share a dressing room. We’re constantly gossiping because we’ve got lots of friends in common. I’ve known her for a long time because she’s worked with Dad as well. We’re always having a laugh or a yarn. She’s a pretty important part of my Shortland Street world.

What can’t you leave the house without? My phone and swipecard to get into work and, on a good day, my yoga mat.