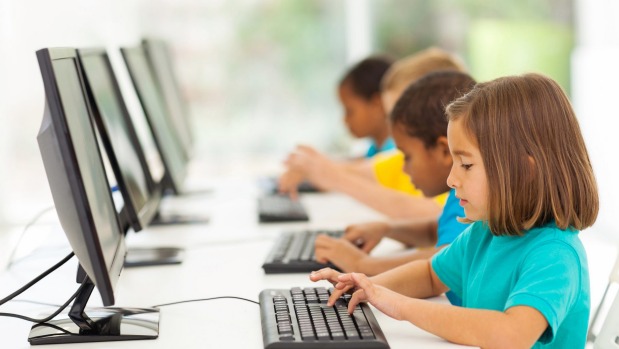 Families living in the middle of nowhere – far from the reach of the World Wide Web – are worried about the future of home schooling in isolated areas as the Correspondence School shifts to online learning.

However, the school says internet learning benefits pupils and it can still send out printed class material in exceptional circumstances.

Angela McIntyre lives in Ohingaiti, inland from Bulls, and her year 9 daughter learns through The Correspondence School.

After using the school for 18 years, the family is under pressure to shift to online schooling, she said.

READ MORE:
* Lack of funding making home schooling ‘unrealistic’
* Home schooling: In a class of their own
* Hundreds of Waikato kids being home-schooled

This year, McIntyre resorted to a secret source to find course manuals, but says they’re scarce as they are no longer produced. Her daughter was not offered printed materials, she said.

The family lives remotely, where power and internet are unreliable – last week, power was out six hours a day for three days.

On top of that, McIntyre felt online material prevented her supervising easily, as she is not a proficient computer user.

Software compatibility issues problems had plagued them, and in one case they found out only by chance a glitch had caused her daughter’s assignment to not meet requirements, she said.

“It’s been set up for those in urban centres. It discriminates against geographically-isolated students.”

The family runs a farm and McIntyre helps out “where needed”. Her daughter can work alongside her “on the way to the vet, or in the deer shed or the wool shed”, using booklets.

Many other Correspondence School families had told her online learning didn’t work for them, she said.

McIntyre did not believe families were being offered the option to receive printed materials, and said the situation was a “real problem”.

Paul George’s 16-year-old son Jeremiah, began learning with the school this year. The family lives inland from Taihape, has no internet connection, and doesn’t want one.

They were initially told lessons were online and were only sent printed material after a staff member in the school argued their case.

George began home-based learning in the 80s when it became clear some children did not thrive in a classroom.

He was also concerned about the effects of screen time on young eyes and said computers were not as contemplative as handwriting. He agreed online learning separated parents from the process. “The classes I did well in were the ones were I had a rapport with the teacher. If the [kids] do something right and they are rapt, not having feedback is a big difference.”

The Correspondence School has 24,000 pupils nationally, which makes it the biggest school in New Zealand.

Chief executive Mike Hollings said the school will phase out hard-copy material by 2018. An “exemption process” would remain for pupils for whom it was “not possible” to study online, and if the school agreed, online material could be printed by staff to send to families.

“Wherever possible Te Kura will encourage students to take any opportunities to work online. We have a huge range of support in place for students and their supervisors to make the most of the fantastic opportunities from online learning.”