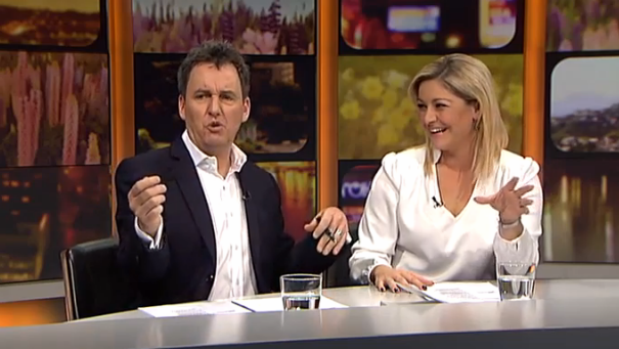 TVNZ should have apologised to a woman Seven Sharp accused of stealing herbs from people’s gardens, the Broadcasting Standards Authority (BSA) says.

Shen complained the accusations were wrong and had negatively affected her standing in the Chinese community.

The lighthearted news item featured Auckland mother and daughter Claire and Jessie Stewart, who became “herb detectives” trying to track down an elderly man they had caught stealing herbs from their garden.

The pair visited a flea market with a reporter to try and catch the man selling the stolen herbs.

Although they didn’t find the man, the reporter interviewed Shen, who was selling herbs next to where the man accused of stealing often operated.

The reporter asked Shen where her herbs were from, and one of the residents said: “It looked very much like my mint.”

Shen complained to TVNZ that the item had made it seem like she was selling herbs stolen by the man – a crime she was totally innocent of.

Seven Sharp offered a correction during a broadcast the following week, when it said it had not meant to suggest Shen was selling stolen herbs.

However, the BSA found the correction did not adequately address the damage the report had done to Shen’s reputation, and said TVNZ should have apologised to her as part of its correction.

The BSA acknowledged that Shen’s complaint had come after TVNZ had issued the correction.

It said Shen’s poor English meant she was unable to defend herself when the reporter asked her questions.

“She could not defend herself or respond to any adverse inference regarding the origin of the herbs she was selling, especially given she was not informed about the nature of the story or her involvement in it,” the BSA said in its decision.

“Mrs Shen was in a vulnerable position and in the interests of fairness, the broadcaster should have taken more care in how she was treated and portrayed in the item.”

It said there was an “element of ridicule” in the way the item had presented Shen.

The BSA said TVNZ should have issued an apology alongside its correction, and it hoped that by upholding Shen’s complaint against the broadcaster it would repair her damaged reputation.