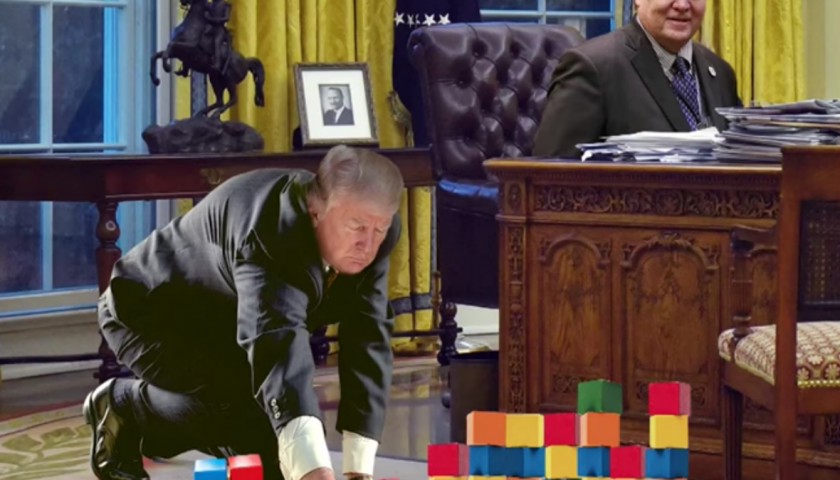 What best explains Steve Bannon’s abrupt removal from the National Security Council and the rumors of his exit from the White House altogether? Sure, his many failures as populist leader, escalating tensions between him and Jared Kushner, and the fact that he remains, well, a white supremacist have all worked against him since Donald Trump took office. But the real sticking point for the president, at least according to sources close to the White House, is a certain moniker that has been widely spread in liberal and anti-Trump circles: “President Bannon.”

Given that possibility, Seth Meyers very much thinks we should stop with the whole “President Bannon” joke. “Oh my God, Donald, I am so sorry,” the Late Night host said Thursday night, barely containing his smirk. “I never would have called Steve Bannon the president if I knew it hurt your feelings so much.” Too bad he’s already commissioned a few Bannon presidential portraits that don’t exactly depict Trump in the best light. Ah well: At least Meyers is feeling some remorse. Perhaps this is a teachable moment for us all.

So whatever you do, readers, don’t go around using these names to further irritate our thin-skinned president.