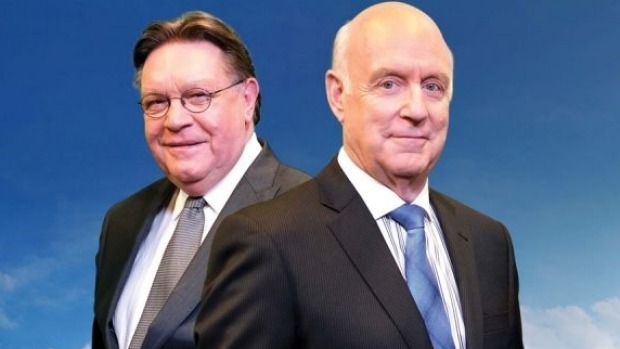 The final episode of John Clarke’s skit show, filmed only days before his death, has aired in Australia.

ABC aired the long-running sketch’s last instalment on Thursday night during the 7:30 show. It had been almost two weeks since Clarke died while bushwalking on April 9.

Each episode of Clarke and Dawe featured Clarke in the role of a fictionalised public figure who had been in the news while offsider Bryan Dawe interviewed him.

The show was released with permission of Clarke’s family and co-star Dawe, the ABC said.

According to the broadcaster, Clarke and Dawe would film two completely different episodes each week. Clarke would then decide which episode should be broadcast.

The final episode began with Dawe and Clarke discussing the inaccessibility of broadband in Australia.

“I work for the NBN, Brian… I explain to people why they haven’t got it yet or why it’s so slow,” joked Clarke.

Dawe quizzed Clarke about all matter of things from the meaning of the phrase “politically correct” to grammatic terms.

“Doesn’t mean anything,” Clarke said of the phrase.

Their final spoof interview ended with Clarke’s character winning a trip to Canberra’s budget day – but he couldn’t go, as he had loaned out his asbestos suit.

Since Clarke’s death, actors, comedians and broadcasters from both sides of the Tasman have paid tribute.

Kiwi comics said that although his career reached its height in Australia, he played a pivotal role in establishing the local comedy scene.

Comedian, actor and writer Oscar Kightley said simply, “he was the greatest”.

“He was ahead of his time, I think. Before we were blessed with the likes of McPhail and Gadsby and Billy T, at a time when New Zealanders didn’t think we were funny, John Clarke showed that he was a comedy genius.”

Clarke, 68, died of natural causes in Australia on Sunday, April 9, while bushwalking.

While he was best known in New Zealand for Dagg, he had lived most his career in Australia where he became a legendary satirist. His show, Clarke and Dawe was broadcast for 25 years up to his death.