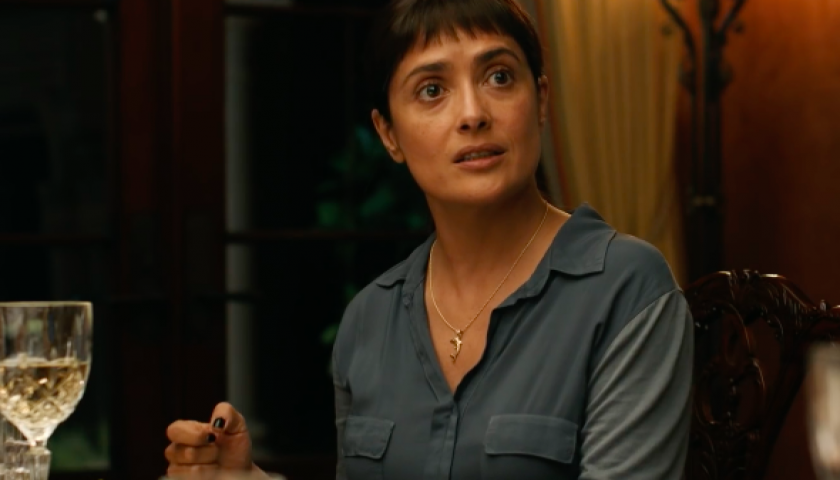 Sorry, Paula Abdul, but in the trailer for director Miguel Arteta’s Beatriz at Dinner, opposites do not, in fact, attract. Salma Hayek stars as Beatriz, a spiritual, Mexican-born health worker who becomes an accidental guest at a client’s fancy business dinner party when her car breaks down. Among the other attendees is Doug (John Lithgow), a smug, white millionaire real-estate developer who will inevitably invite comparisons to a certain president. The two clash in prickly, uncomfortable exchanges throughout the evening, with Doug interrupting Beatriz to ask whether she came to the United States legally and Beatriz denouncing Doug’s big-game hunting trips as immoral.

In this current era of Trump, it’s almost too easy to find subtext in even the most innocuous-seeming of movies. But in the Beatriz at Dinner trailer, the current political situation isn’t really subtext, just text. There’s nothing subtle about Beatriz and the Trumpian Doug’s battle for the soul of America over wine and tenderloin as Beatriz accuses Doug of being out of touch in his gated mansion, while Doug dismisses Beatriz’s line of work and praises himself as a jobs-creator.

“I think that fate brought us together,” says Beatriz. But when asked why, her answer is: “I don’t know. Revenge, maybe.” As far as metaphors for our entire country go, this one might be just a little too on-the-nose.

Beatriz at Dinner, which also stars Chloë Sevigny, Connie Britton, and Jay Duplass, is on the menu June 9.