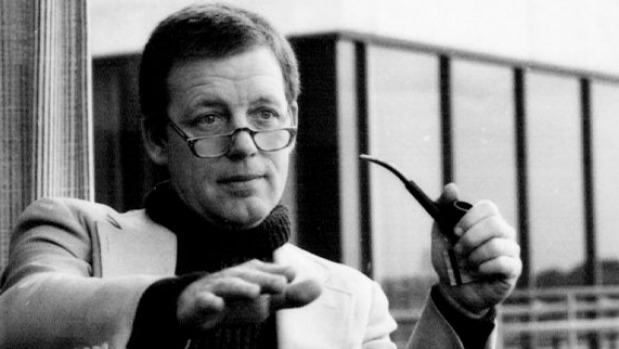 Robert Taylor, whose ideas for using computers as communication devices were considered visionary, and who fostered several major advances that contributed to the development of the Internet and personal computers, died April 13 at his home in Woodside, California. He was 85.

He had Parkinson’s disease, said a son, Kurt Taylor.

Taylor was not strictly an inventor, but as a research director at federal agencies and private research centres he had a knack for finding the right people and ideas to make the digital revolution possible. In the 1960s and 1970s, he had a direct effect on the invention of the computer mouse, the personal computer and the Internet itself.

“We have this cult of the inventor,” Marc Weber, an internet historian at the Computer History Museum in Mountain View, Calif., said in an interview. “We don’t talk much about the people who make it happen. It’s just as rare to have that talent.”

Taylor said he had never been recognised in public by anyone outside the computer industry. But from his early days as a research manager at Nasa, he had an intuitive sense that computers could be used as communications devices, not merely as high-powered adding machines.

In 1961, Taylor provided funding through Nasa to a California researcher, Douglas Engelbart, who invented the computer mouse, which greatly increased the practical applications of computers.

Taylor soon moved to ARPA (now DARPA), a somewhat secretive agency with wide latitude to explore developments in technology. In the mid-1960s, he helped sponsor projects at three computer research centres, two in California and one in Massachusetts.

He had three computer terminals in his office, one for each project, but because they did not have a shared network, they could not communicate with one another.

“It doesn’t take much of an imagination to realise this was kind of silly,” Taylor told the Salt Lake Tribune in 2009. “You should have only one terminal that can go to any system that’s on the network.”

In 1968, Taylor and J.C.R. Licklider co-wrote a paper, “The Computer as a Communication Device,” that proposed the revolutionary notion that ordinary people would someday communicate directly through their computers.

“In a few years,” they wrote, “men will be able to communicate more effectively through a machine than face to face.”

They predicted that users would take out subscriptions for information services and would form “communities” in cyberspace. Email and other forms of online interaction “will be as natural an extension of individual work as face-to-face communication is now.”

By 1969, researchers under Taylor’s guidance had developed ARPAnet, a system recognised as a forerunner of the modern Internet.

Taylor left ARPA in 1969, then spent a year at the University of Utah before moving to California in 1970 to develop a computer science laboratory for Xerox. Mr. Taylor quickly built the Palo Alto Research Centre into a premier Silicon Valley think tank.

Asked by a Rolling Stone reporter in 1972 to describe his job, Taylor said, “It’s not very sharply defined. You could call me a research planner.”

Researchers in his lab built the Alto, one of the first personal computers, along with file-sharing systems and an early word-processing system that allowed users to cut and paste blocks of text. They also invented the first laser printer.

Much to Taylor’s frustration, Xerox saw his team’s work as largely experimental. Except for making laser printers, the company never became a major player in the computer world. Instead, Steve Jobs was reportedly inspired to develop his first personal computers after visiting the research centre in 1979.

Robert William Taylor was born Feb. 10, 1932, in Dallas. He was adopted soon after his birth by a Methodist minister and his wife and grew up throughout Texas.

Taylor served in the Navy during the Korean War, then majored in experimental psychology at the University of Texas at Austin, receiving a bachelor’s degree in 1957 and master’s degree in 1959.

From 1983 until his retirement in 1996, Taylor directed a research laboratory at Digital Equipment and helped develop AltaVista, an early internet search engine.

In 1999, Taylor was awarded the National Medal of Technology by President Bill Clinton. He had a colleague pick up the medal, saying, “I don’t intend to travel outside the Bay Area ever again, if I can avoid it.”

At his hillside home overlooking Silicon Valley, he grew tomatoes and kept up with new developments in the online world he helped create.

Taylor had no major patents and said he had no regrets that the discoveries he inspired did not make him wealthy.

“I was able to pick and choose who I worked with for close to 40 years,” he told the San Jose Mercury News in 2000. “Who else can say that? That’s the kind of life I had. I deliberately avoided the business world, because frankly I didn’t want to work with the idiots you have to work with in order to build a successful company.”