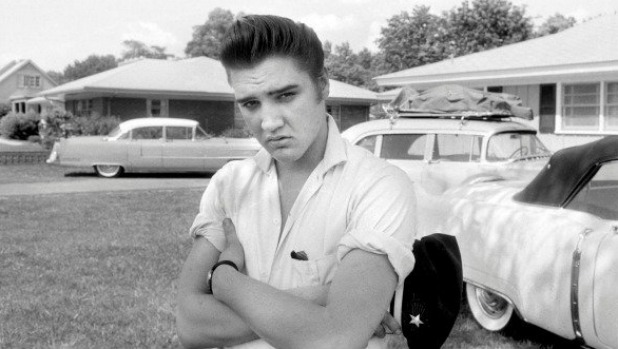 What: All The King’s Women
Who: Mrs Worthington’s Daughters
When: Thursday 20 April 2017
Where: Riverlea Theatre

They regularly deliver perceptively revealing takes on human character in all its fashionably identifiable variations.

In All The King’s Women, the titular king is the King himself, Elvis Presley. The women of the title are the millions of women whose adulation of Presley was only out-passioned by the hysterical fans of the Beatles.

In his script, playwright Jannuzzi explores not Presley, but the female fan persona, and delivers wonderful characters and absorbing aberrations in the behaviour of otherwise very ordinary women.

These were women who went weak at the knees at the Presley name, whose pulses raced when they heard him and became erratic when he arrived on stage.

Tonight’s parade of secretaries, saleswomen, shop and show assistants, and highschool girls was a sympathetic dose of nostalgia driven by a man whose iconic voice was, and still is, recognised by millions.

It also became the target of an industry of impersonators, none of whom could quite succeed.

Tonight’s final scene, played with real authority by Sarah Pyke, was a lovely take on just that Elvis obsession, and driven by a female character, who was quitting both her job in a Presley souvenir shop and her Elvis impersonating partner at the same time.

Two other members of the cast stood out as well, but as we had a programme which did not allow for one to identify definitely the performer behind each role, readers will need to see the play.

They then will recognise the stagecraft underpinning the redheaded censor and the high school girl who was ignominiously dumped by her boyfriend.

It is a reminder to production managers that audiences value background information, especially when a play is not framed through a traditional three act cause and effect narrative.