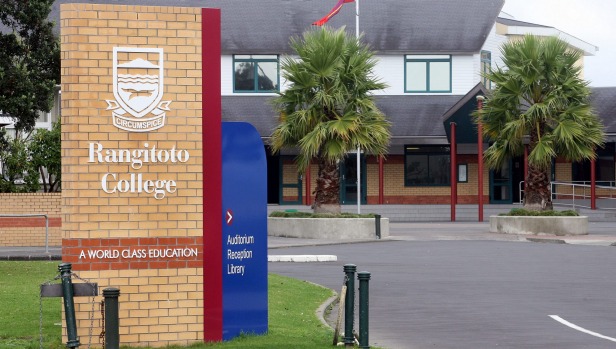 After fewer than two years as principal of Kaipara College in Helensville, Patrick Gale is stepping up to his next challenge.

The 44-year-old will become principal of the largest school in the country, Rangitoto College, at the start of term three.

Gale lives locally, in Mairangi Bay on Auckland’s North Shore and his wife, Kate, teaches at Rangitoto College. Gale moved to the area in 2003 from Devon, England and taught at Takapuna’s Rosmini College from then till 2015.

At the beginning of 2016, he became principal of Kaipara College and said, though he hadn’t been there long, he couldn’t go past applying for the role at Rangitoto College, a school he said was the “pinnacle of education”.

“It wasn’t an easy decision to make but it’s a once in career opportunity for me … This offers me an opportunity to lead the biggest school in New Zealand in the community I live in,” Gale said

Rangitoto College is more than four times larger than Kaipara College. Gale said that offered potential but he wanted to get to know the school first.

“It allows you to run fantastic projects. The diversity is such that it enables students to have breadth of opportunity,” he said.

“For me, it’s about building on the legacy of David Hodge. I need to take the time to walk, talk and listen to the ideas that staff and students have.”

Gale will join the school in late July and said he looked forward to working in the community he lived in and with the people he lived around.

His wife also teaches at the school and his oldest daughter will join the school next year.

Board of Trustees chairman Charles Roos said the school received applications for the role from around New Zealand and overseas and the board was confident in its decision.

“[Patrick] is exactly the sort of person we set out to try and attract to Rangitoto College and we see it as the beginning of another great legacy in the college’s history,” Roos said.

“As a board, we are very confident in the selection we have made and are excited for the future of the college under Patrick’s leadership.”