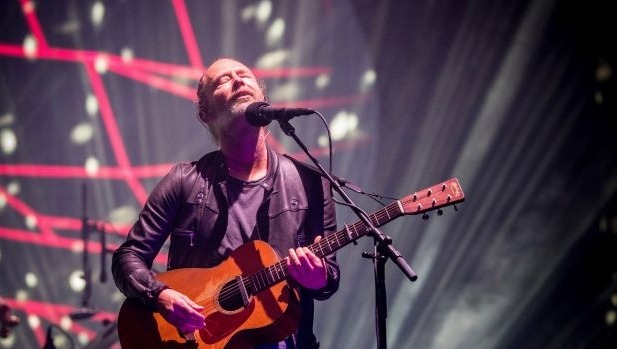 The highly anticipated appearance by the English rock band Radiohead at the annual Coachella music festival in California, US this weekend was marred by a series of technical glitches which forced the band off stage twice.

A succession of audio outages during the band’s first half-dozen songs left both the performers and their fans frustrated.

The weekend show opened with songs from the band’s new album, A Moon Shaped Pool.

During the third song an audio glitch cut the sound for about 15 seconds; two songs later another glitch left the main stage without sound.

The band continued performing though the five-minute outage as their sound was fed via earplugs.

Told of the technical failure, they left the stage.

“Can you actually hear me now?” singer and guitarist Thom Yorke asked, when they returned to the stage.

“I’d like to tell a joke and lighten the mood but we’re Radiohead so f*** it,” he added.

Following two more songs later, another significant audio glitch caused the sound to stop, this time provoking an audible reaction from the audience.

The band was forced off stage for another five minutes while technicians worked to fix the problem.

The show was completed without further incident.

“Oh good, you’re still here,” Yorke said later, noting that segments of the crowd had dispersed to other stages after the technical glitches.

A report in the music blog Consequence of Sound described the outage as unprecedented in the history of Coachella.

“The sound kicked the bucket mid-song and one of the biggest collective groans … ever heard at a festival rose up,” the report said.

The report also noted the audience “visibly thinned out by the thousands” during the outages.

The band finished the two-hour, 22-song show without further incident.