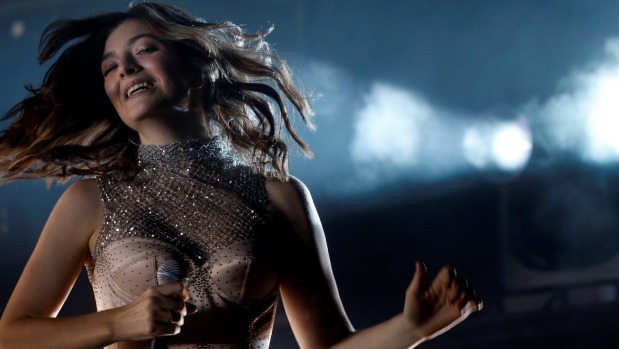 This is the new Lorde. Her upcoming album began to take form at Coachella.

Lorde played at the US’s biggest music festival Monday afternoon (NZ Time) and unveiled a new track for the occasion.

Homemade Dynamite, her latest Melodrama track, revealed itself early in her set. The song kept with the theme established by her earlier tracks Sober, Liability and Green Light.

Her album so far appears to be about break ups, “teenage cringe” and general self-induced havoc.

“Whether it’s the moment you’re with all of your friends, and it’s sick, everyone’s there even that person who normally leaves is there – maybe the drugs are just kicking in, I dunno – but it’s good. And then half an hour later you can be in the bathroom like oh my god I look like a crime scene.”

She said her new track, Homemade Dynamite, was all about the good times. The song was upbeat, cheeky and at times just plain funny. The Kiwi songstress even performed live sound effects on stage, making an explosion noise midway through the song.

The artist appeared before headliner Kendrick Lamar on the main Coachella stage.

Days before her Coachella performance the singer put on a last minute show in Los Angeles, US performing Sober.

The new song is from her forthcoming album, Melodrama, due out on June 16.

Video from the gig shows Lorde in the small venue, close to the audience, treating the packed room to her trade-mark dance moves.

​​Lorde’s Coachella performance included some old favourites from her debut Pure Heroine Album. She opened with Tennis Courts, followed by Magnets and 400 Lux.