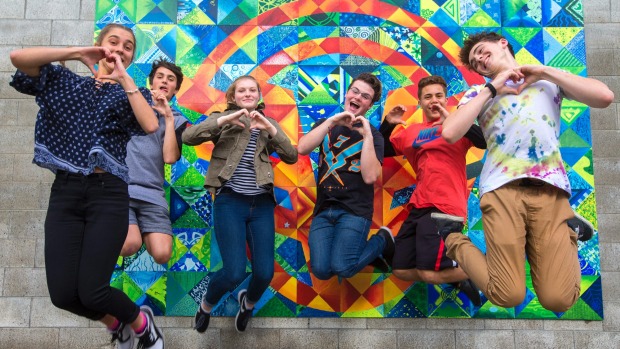 A new programme teaching young people the signs of unhealthy relationships aims to keep them safe.

Awatapu College is the first Palmerston North secondary school to introduce Loves-Me-Not, a programme begun by the Sophie Elliott Foundation and taught by police and social agencies.

Sophie Elliott was 22 when she was stabbed to death by her ex-boyfriend Clayton Weatherston in Dunedin in 2008. The foundation was formed by her family in the aftermath of her death when it became clear there were important signs to watch for in an abusive relationship that are often missed by victims and people close to them.

Awatapu College principal Gary Yeatman said all year 12 pupils in the school had taken the short course, which was a valuable resource.

“While they’re huge topics and big issues in New Zealand, they are handled in a very careful way and I think year 12 is the right time.

“Relationships can be quite new for them, so to have any advice to make the right decisions, either as the person in the relationship or the bystander, is really important.”

The course describes qualities of healthy relationships, early signs of relationship abuse, discusses sexual consent and why it is important, talks about social pressures, and when and how to help a person who could be in an abusive relationship.

School is a safe environment to explore the topics and parents’ were supportive of the course, Yeatman said.

“I think it’s important they get a handle of what healthy and unhealthy relationships are, certainly as a parent I can see the value in it.”

Involving experts from police, Child Youth and Family, the Highbury Whanau Centre, Manline and Te Manawa Family Services, as well as school staff, added weight to the teaching, he said.

“The sooner the better – the earlier we understand what [abusive actions] are like, then the sooner we can identify it.”