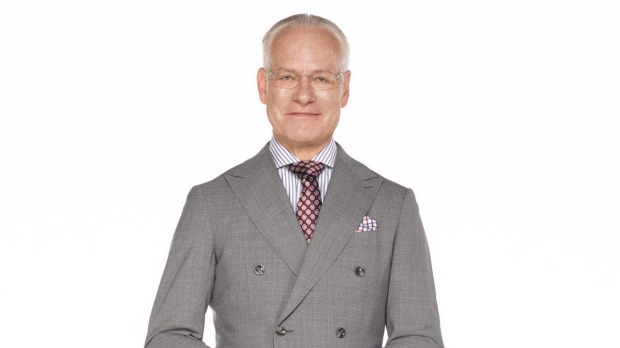 “I am sick of our regular season judges and their attempts to outwit each other and come up with a remark they think is adorable and cute but which is, in fact, piercing and mean-spirited,” he says, of the show he has co-hosted with Heidi Klum for 15 seasons.

“I don’t like it. I find it to be very unprofessional and offensive.”

Gunn is also less than impressed with some of the contestants.

“I have to say this – the adults, some of them, they want to be TV characters and once they arrive it would appear that that’s why they’re really there,” he says.

“My favourite season of all was the season that Sean Kelly (a New Zealander) appeared on, season 13, because there were no games, there was no unnecessary drama and all the designers wanted to do was create the best work possible.”

And that is the case with Project Runway Junior, too, he says.

The newest spin-off follows 12 teen designers, aged between 13 and 17, who must do everything their adult counterparts are required to do in the original series.

Gunn – a former college teacher – was initially wary about working with such young contestants.

“I’d had very, very little experience working with younger people but I have to tell you, I love it so much that if I had to choose between regular Runway and Project Runway Junior, I would choose Junior in a heartbeat,” he says.

“They listen, they take responsibility for their actions, they’re not blaming anyone else, they are very professional in their behaviour and their decorum, and they’re not backbiting or being snarky or nasty about things.”

“Their voices are measured and thoughtful – and honest,” he says.

“I learned this as a teacher. There’s a way of giving honest, critical feedback without being nasty and snarky and snide, and it’s much appreciated. Quite frankly, I find the designers have infinitely more respect for feedback that’s presented in that way than feedback that is quite possibly perceived as just being mean-spirited.”

Meanwhile, Gunn, who co-hosts Project Runway Junior with model Hannah Jeter, says not only were the youngsters more mature than some of their adult counterparts, they were also much more self-aware.

“They have to calibrate their ambitions to what they know, to what their skill set is and, in my view, the junior designers do it better than the regular season designers,” he reveals.