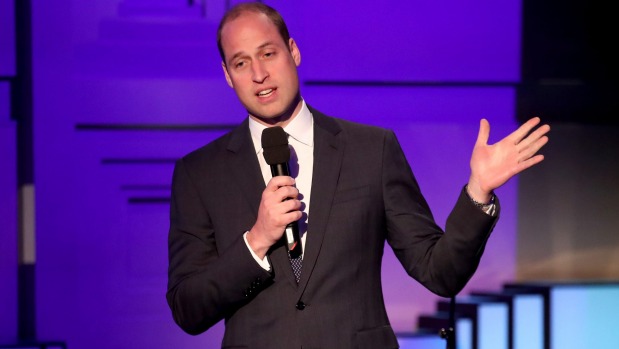 Britain’s Prince William, his wife Kate and brother Harry have given their most public comments on their emotional struggles and how the siblings’ closeness helped them cope with their mother’s death.

The three have been speaking out this week as part of a high-profile Heads Together campaign, which aims to break stigmas around mental health issues and encourage people to speak openly about their emotions.

In a six-minute film recorded at Kensington Palace in central London on Wednesday, the trio discussed the stress of becoming new parents, dealing with trauma at work, and the death of the princes’ mother, Princess Diana, in a Paris car crash in 1997.

“When you have children, it really does put your own emotions and your own life into perspective and it has been very, very interesting understanding why I get so upset about some things, why some things affect me,” William said in the clip released by his office on Friday [Saturday NZ Time].

“I thought I was fairly straight down the line, but I feel quite a lot more than I used to.”

William, Queen Elizabeth’s grandson and second in line to the throne, said he had taken home some of the cases he had encountered when working as an air ambulance helicopter pilot. He and Kate also spoke of the pressure of parenthood following the birth of son George in 2013.

“… You have no idea what you’re doing no matter how many books you read – nothing can prepare you for it,” Kate said. The first few weeks after they returned to their former home in Wales, she said, “were a steep learning curve, massively”.

Earlier this week, William talked about how the shock of losing his mother still lingered 20 years after her death. Harry said he had sought counselling to help deal with the grief .

William warned the British virtue of the stiff upper lip could damage mental health – a departure from the royal family’s traditional stoic attitude amid crises ranging from the 1936 abdication of King Edward VIII to the death of Princess Diana .

“We have been brought closer because of the circumstances. You are uniquely bonded because of what we’ve been through. But even Harry and I over the years have not talked enough about our mother,” William said. Harry added: “Never enough”.

A Kensington Palace spokesman said the royals had been overwhelmed by the response to their campaign.

“Having asked others to start conversations on mental health with their friends and families, they wanted to show that they are taking part as well,” the spokesman said.