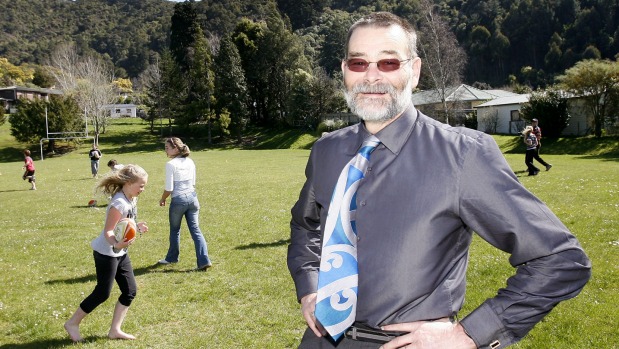 A Marlborough principal has hit out at expected changes to the education funding system, saying the changes could cause struggling students and their families to be labelled and “crushed”.

Speculation on whether the school funding system will be changed this year after a government review has been rife, with a new predictive risk tool touted as the replacement to the decile system.

The risk tool takes into account abuse of the child or their siblings, whether a parent has been to prison, whether the family has a history of welfare dependency, and whether the child’s mother has any qualifications to better target spending.

Havelock School principal Ernie Buutveld said if the peers of “at-risk” children find out about their status it would be “crushing” for the child.

“People may well go around and ask ‘how many of those students have you got?’ [The question is] who would know that information? Would everyone be looking for the individual students?”

The Ministry of Education said on Tuesday there was no timeframe on replacing the decile system, but with Education Minister Hekia Parata resigning on May 1 there was speculation in the media a decision could be made soon.

The risk tool system was originally developed by the Ministry of Social Development, and was said to have been successful in helping prevent abuse, neglect and welfare dependency.

Buutveld said it would be “unethical” and “unfair” to students if the information became known.

“I’m somewhat worried about how that information might be generated, and then handled.”

Buutveld said he still had a lot of questions about the system, such as whether all the funding would need to be spent on at-risk students and what would happen if a student left.

“Once a child does leave a school, how quickly does the funding follow them? Some of those children are more transient than others,” Buutveld said.

There was a “glimmer of hope” in the new system, however, as Buutveld thought it would meet the need present in low socio-economic communities.

“There are many, many more questions than answers at this stage.”

Any changes to the system would not take effect until 2020.

Marlborough Girls’ College board of trustees chairman Bernie Rowe said he hoped the system would not simply move money around, and “rob Peter to pay Paul”.

“We need to have a bit more detail,” he said.

Marlborough Boys’ deputy principal Michael Heath said the school appreciated there were “ethical and privacy hurdles” to labelling students “at-risk” but Marlborough Boys’ would support the proposal if it went ahead.

“Supporting these students through their crucial formative years has to be a great investment if society is to break deprivation cycles and avoid picking up the bill later in life as a drain on the ministries of social development, health or justice budgets,” Heath said.

Marlborough Principals’ Association president Tania Pringle could not be reached for comment.