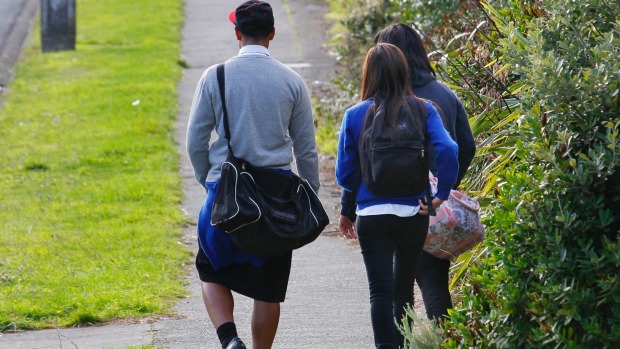 Children in Porirua are twice as likely to change schools two or more times within six months than the national average.

The rate among Maori children in the city is four times the national average, and the rate among Pasifika about 2½ times, according to a report prepared for Porirua City Council.

Schools blame the high rate of “transience” on several factors, including relocation by Housing NZ, parents moving for work, or children being moved between family members because they might be difficult to manage.

Ragne Maxwell, principal of Porirua College, where a majority of the students are Maori or Pasifika, said most of the behavioural issues the school dealt with came from transient students.

“We don’t have the chance to build relationships up with them. They’re unsettled.”

The rate of school transience is detailed in Status Report – Children and Young People in Porirua 2017, which looked at the number of students who changed school twice or more between March and November 2015.

Among Maori, the rate was 21 per 1000 students, more than four times the overall national rate of five. The Pasifika rate was 12.

“They can be at the end of the tail of underachievement.”

Maxwell said that last year, 40 per cent of Porirua College’s students who completed year 11 had not been there since the start of year 9.

“We have huge success with the kids who are consistently with us … and that’s the same for other local schools,” she said.

“It’s a conversation we’ve been having across Porirua basin.”

Secondary schools in the area were increasingly sharing information on students, because a lot of transience happened locally or within the wider Wellington region, she said.

Staff needed to know if transient students had issues with anger management or needed drug counselling, or whether social workers were involved.

“We need to know this so we’re not coming in blind.”

The report will be used to inform Porirua City Council’s 2018 to 2028 Long-Term Plan, which was accepted at a committee meeting last week.

The report also showed that in 2013 about a quarter of Porirua’s children lived in overcrowded homes – assessed as those needing at least one extra bedroom to accommodate all those living there – compared with 16 per cent nationally.

Porirua Mayor Mike Tana said this first annual report would provide a baseline from which the council could determine priorities for change and measure progress.

“It’s definitely our role to ensure the right services are going to the right people, and if government services or contractors have a role to play in Porirua to provide the services that we focus them on the right parts … guide them to the right children, at the right age, for the right things.”

The report, which collated a wide range of indicators for people up to 24, also highlighted positive aspects of living in Porirua, including a good rate of infant immunisation, quality early childhood education, and a drop in Youth Court appearances.

Overall, it found young people enjoyed their quality of life, and considered Porirua a great place to live.

* About a quarter of Porirua children live in overcrowded houses, and a quarter live in homes with damp and mould.

* Areas of concern related to health include high injury rates for children, high rates of hospital admissions (particularly for under 5s), poor oral health at school entry and high rates of intentional self-harm for youth.