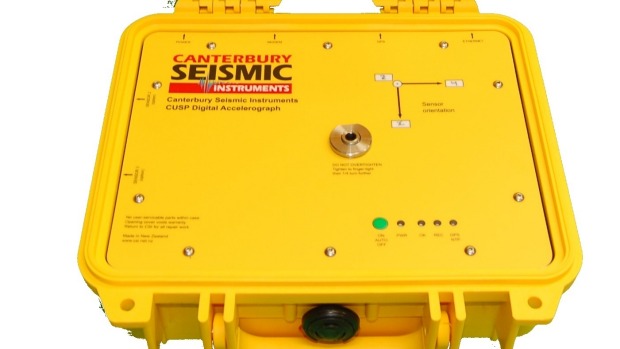 Plans are being hatched to install earthquake-measuring devices in 400 Wellington buildings, making the capital the first city on the planet with such extensive coverage.

The devices, called accelerometers, provide immediate feedback on the how much shaking a building has endured in an earthquake.

Once they have been installed in a third of Wellington’s 1200 commercial buildings, the network will let Civil Defence and the council know where to focus their evacuation efforts and which buildings should be inspected first.

Wellington City Council chief resilience officer Mike Mendonca said accelerometers were already present in buildings all over the world, but no city had an extensive network of them.

READ MORE: * 10,000 Wellington homes could be damaged by landslides in big quake * Sensors in the city – big brother is watching, listening and smelling * It took too long to determine earthquake effect on Wellington * Wake up, building owners told

“We are still working out how that would work, but it’s fair to say a straw poll of building owners, engineers, tenants and others has been very positive about wiring up the city in this way,” Mendonca said.

Philippa Bowron, the council’s head of innovation, said the rollout would allow identification of worst-affected buildings within minutes.

“We will have much more data on whether the city is safe or not, and which areas are safer than others,” she said.

Bowron said council still had to work out issues such as who paid for the accelerometers – ratepayers or building owners.

The last quake revealed how important closer monitoring could be, Bowron said, with many of the supposed earthquake-prone buildings coming through unscathed, while other lower-risk buildings were damaged.

The devices were proposed to be hooked into the Kite network, a city-wide grid of receivers being developed alongside Japanese company NEC, that could feed information back council’s Emergency Operations Centre.

Council currently has 30 prototype Kite network receivers, with more planned for rollout in coordination with the accelerometers.

Once the network was set up, a variety of other sensors could be linked into it, Bowron said, including stereoscopic camera to monitor pedestrian flows.

“You can imagine during an emergency situation, when we are in an emergency op centre, and it’s in the middle of the night, and we know people are evacuating out of buildings, that will give us an idea of where they are going,” Bowron said.

A GNS Science spokesman said the project began as a collaboration between GNS, WCC, QuakeCoRE and Canterbury Seismic Instruments (CSI), who would develop the accelerometers.

CSI general manager Len Damiano said the company had been inundated with calls from concerned building and business owners after the Kaikoura earthquake.

“The key point is that our instruments tell you what happens at your building — not what happened 100km away. It removes a lot of uncertainty over the effects of the quake,” he said.

“What we have understood from the last three big quake sequences is the ground movement we are seeing in our cities is highly variable. You can’t just use one or two instruments to predict what happens.”

CSI, GNS and QuakeCore started working on a joint-project named Smart Seismic Cities, Damiano said, with the goal to increase the number of measuring instruments down to something like one per city block.

Damiano said the installation of a device to measure ground movement cost about $4000, while more complex three-sensor systems, which measured movements through multiple-storey buildings, cost between $8000 and $10,000.

Wellington Mayor Justin Lester previously estimated there were fewer than 10 buildings in the CBD fitted with accelerometers, and the council would consult on further installations in the new financial year as part of the resilience strategy.