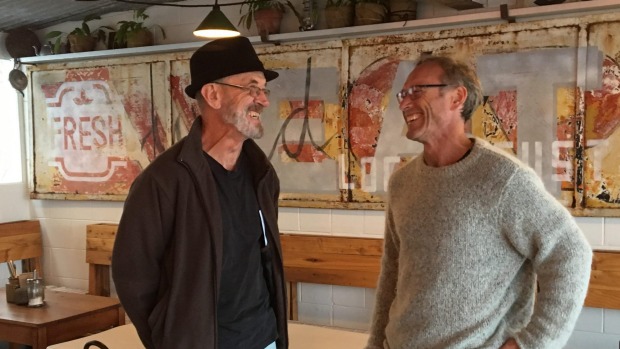 The organiser of this year’s Kaikoura Jazz Festival, Gary ‘Dex’ Sutton, always had plans to continue the music celebration next year, and maybe make it an annual event.

Already there is money in the bank.

Before the Date Brothers left to continue their Australasian tour they played at The Slam Club on Sunday night, where 38 diners contributed toward next year’s festival raising $360.

“People were just chuffed to be up close to such an amazing performance,” Sutton said.

Next year Sutton would like to bring the festival forward to the end of February when the weather is warmer and there are more people around.

Although the inaugural festival at Donegal House was a resounding success he said cooler weather had hampered using the outdoor facilities at the venue.

The line-up for the February concert included the Date Brothers, originally from Australia, and Christchurch bands Swing 42 and Takatapui and all had ended up playing inside.

Sutton said the festival was as good if not better than expected.

“The festival was all about the music and people loved it. I’m getting comments every day about it.”