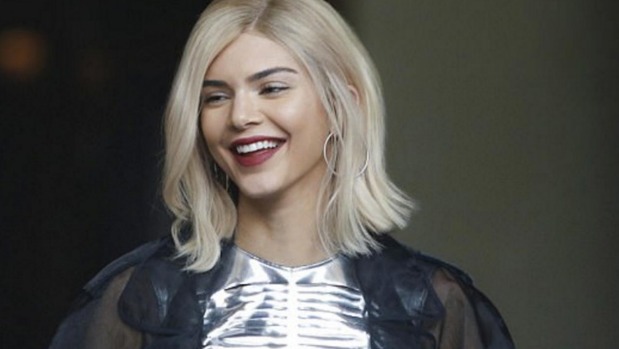 It’s the ad that won’t go away. The stars behind Pepsi’s slated video are reportedly worried for their careers and washing away any remanence of its existence.

Jenner then saves the day by handing a can of Pepsi to an officer.

READ MORE: * Oscar Kightley: Human stupidity – and why new Pepsi ad was such a fizzer * Pepsi pulls Kendall Jenner ad after it gets shredded online * Kendall Jenner’s Pepsi ad is about protesting, but what for?

The much-hyped ad was pulled from the internet on Wednesday, after Pepsi U-turned and stopped defending their heavily criticised advert.

Goebel had deleted social media posts celebrating her work since the backlash.

She had posted to Instagram saying: “check out the Pepsi commercial I choreographed ft Kendall Jenner. So proud of my boys…”

That post, along with other posts from Jenner and stars associated with the failed publicity event have disappeared from social media. Except for one photo on Jenner’s twitter and Facebook accounts:

While Goebel had continued to share her travel pictures with followers on Instagram, Jenner has been lying low.

The Keeping Up With The Kardashians star had not posted anything in almost a week since the controversy started. Tabloids have reported the star escaped to Paris, France.

A source close to Jenner told Hollywood Life the star was “traumatised” from the backlash.

They said Jenner hadn’t stopped thinking about the video, and was “terrified she will never work again or become a laughing stock”.

The advert was criticised for belittling legitimate social justice movements. The video became a joke online, as political advocates voiced their opinions and made evident how separate Pepsi’s world view was. Pepsi’s comically ambiguous protest signs were mercilessly mocked.

Martin Luther King Jr’s daughter, Bernice King, joked that the civil rights movement would have been so much easier had they only realised how powerful Pepsi was.