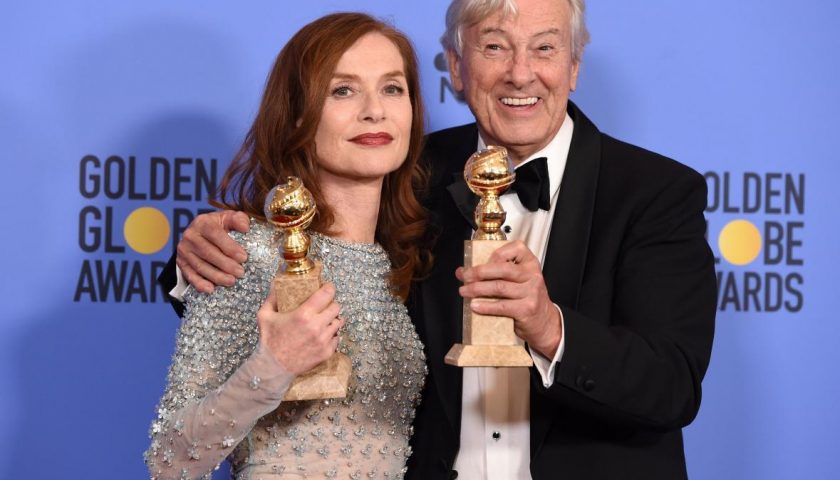 The decade after 2006’s Black Book was a dark time for Paul Verhoeven fans, with only the crowdsourced Tricked keeping the Starship Troopers auteur from slipping into apparent retirement. But last year’s Elle showed that the 78-year-old director still has bombs to throw, and he’s already lit the fuse for his next one. With a tweet from his account, producer Saïd Bin Saïd made it official: Verhoeven’s next movie will be Blessed Virgin, the story of a 17th-century lesbian nun.

Despite the softcore logline, Blessed Virgin has roots in scholarly history: the basis for the film is Judith C. Brown’s 1986 book Immodest Acts: The Life of a Lesbian Nun in Renaissance Italy, which uncovered the story of a 17th century abbess named Benedetta Carlini who claimed to have married Jesus Christ in a mystical vision. A subsequent investigtion revealed that not only had Carlini faked stigmata to buttress her claims of holy visitation, but she was involved in an affair with another nun.

The story’s prurient appeal to the director of Showgirls and Basic Instinct is obvious. But Verhoeven also spent several years after the release of Black Book working on a book about the historical Jesus of Nazareth, and Blessed Virgin could give him a unique chance to pursue his interest in both the sacred and the profane. It’s hopefully too early to talk about Verhoeven making his final movie, especially with the late-career resurgence sparked by Elle’s Oscar nomination, but the project does have the potential to make a definitive statement on many of Verhoeven’s pet themes. The movie also marks a reunion with his longtime screenwriter Gerard Soeteman, who was responsible for Verhoeven’s great Dutch-language films, including The 4th Man and Soldier of Orange, and represents only their second collaboration in 32 years.