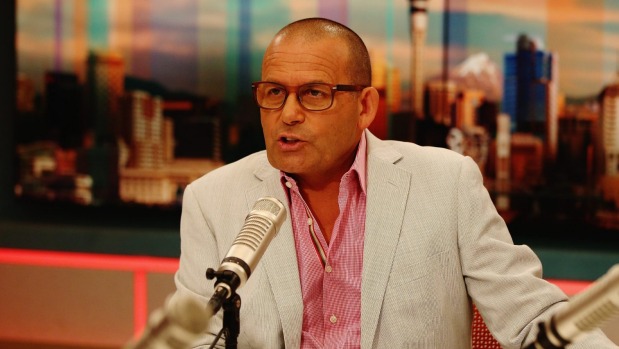 Paul Henry is relishing life in retirement after leaving breakfast television behind.

The 56 year-old has told Woman’s Day he couldn’t be happier and has zero regrets about calling it a day.

“It was a nightmare… I loved doing the shows but I will never, ever go back to full-time work,” said Henry.

“I do not want to die working,” he added.

For five months, the new retiree has been travelling between Auckland and America at his leisure.

He even admitted feeling proud the first time he put retiree in the occupation box on his customs form.

However there has been one work venture the retiree could not give up .

The former TV host has created his second wine, Paul Henry’s Own Pinot Noir, in partnership with Invivo.

Henry considers himself to be an “expert drinker”, making him extremely qualified to make his own wine he told Woman’s Day.

At present his biggest difficulty is being alcohol-free for one day a fortnight.

This has proved hard for Henry as the Palm Springs summer approaches.

“I’d promised myself I wouldn’t have a drink today but here I am sitting by the pool with a glass of red wine,” said Henry.

Henry has admitted he will most likely return to TV for a short term stint, but for now he is happy relaxing.

“I’m just going to live between Auckland and Palm Springs, and take it easy.