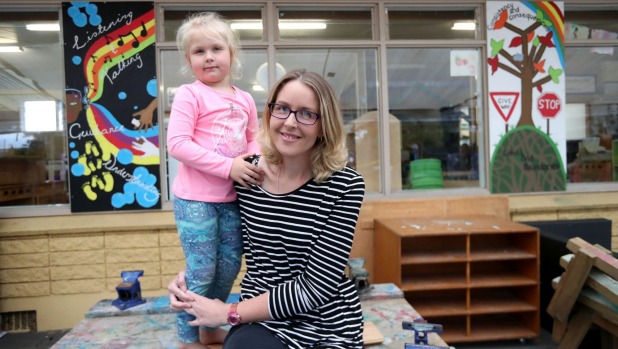 Emma Baker, who attended Laura Ingram herself as a child and now has a daughter enrolled, said the wording of the petition would be worked out over the weekend.

It would seek support for the retention of the kindy on its Tasman District Council site, behind Motueka Library on Pah St.

The move comes after parents and supporters of the centre were shocked to learn this week that Laura Ingram Kindergarten did not have a secure lease and could be bowled to make way for parking if a proposal to extend the public library goes ahead.

They were also told the kindy’s umbrella organisation, Nelson Tasman Kindergartens, had bought a house next to Motueka South School in case it needed to establish a new centre.

News of the planned petition comes the same day as the daughter of a long-time Laura Ingram teacher said her mother would have fought for the kindy if she was still alive.

Janeen Rogers, of Motueka, said she did not believe her mother, the late Betsy Stringer, had any inkling the kindy could be demolished.

“Children were her life,” Rogers said. “She would fight. I think all the kindy teachers in this area would do the same.”

TDC community relations manager Chris Choat said the kindy’s site was “directly linked to the possible extension of the library”.

“How and what the land is used for i.e. building, car park, external storage etc is … uncertain,” Choat said.

Motueka Library has long been earmarked for expansion and TDC is considering the project again as it prepares its draft Long Term Plan 2018-28.

However, there is uncertainty around the proposal. Many people in Motueka are calling for a new library to be built as part of a suggested “community hub” development at Decks Reserve.

Stringer would meet former kindy kids walking along the street or in shops decades later and remember teaching them.

“She’d name them and say hello; she wanted to see them happy,” Rogers said. “There have been so many generations going there – it’s an identity.”

In October, a year after Stringer died, the kindy community planted a magnolia tree in her honour on the grounds. Rogers’ sisters came from the North Island to join other family members, kindy teachers and children for the ceremony.

“It meant something. Will that just be forgotten now?”

Rogers said she wanted the wider Motueka community to understand what could happen if the library extension got the nod and the kindy had to go.

She backed the community hub proposal incorporating a new library at Decks Reserve. “That’s what we need … everything in one place.”

The Senior Citizens hall could also be demolished if the library is extended.

Choat said space would be made in the redeveloped library for the Motueka Senior Citizens Association if its hall had to go.

Association president Gordon Dixon said the proposed library extension was raised “quite some time ago”.

“Nothing’s ever come of it,” Dixon said. “We’re just sitting on hold.”

Meanwhile, the association had raised and spent “a lot of money” on refurbishing its hall, which was also used by other organisations.