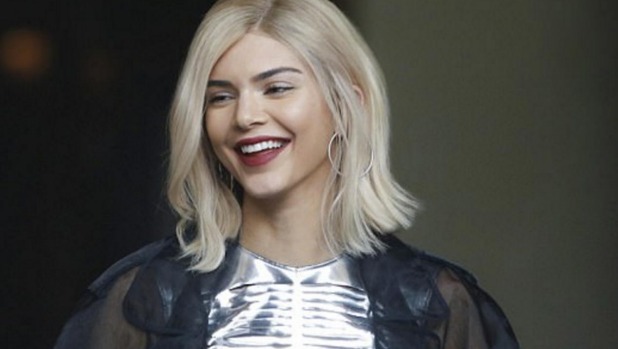 OPINION: A guy named McArthur Wheeler inspired a study that could provide clues for what led to that epic Pepsi commercial that was launched, then pulled this week.

In 1995 he robbed two banks in Pittsburgh, USA, after covering his face with lemon juice.  The 44-year-old thought that since lemon juice is usable as invisible ink, his face would be invisible to the security cameras.

He even took a selfie with a polaroid camera to test his theory.  Perhaps the film was faulty, or maybe he didn’t shake the print long enough to dry it first, but the camera gave him a blank image, convincing him it would work.

A few hours after the robberies, the police showed the security footage on the TV news, a mate of McArthur’s narked, and he was arrested on the same day.  Apparently during his talk with the police, he couldn’t believe his trick had failed.

READ MORE: * Oscar Kightley: All hail the cheese roll * My brother served in the army * The unguarded comedy of a toddler * Cut out the Trumpisms, Bill

He had the confidence, but clearly he was useless, so why was he so certain of success?

The incident prompted two social psychologists from New York’s Cornell University to launch a study and they came up with a reason.  Named after them, it’s called the Dunning-Kruger effect.

This is a cognitive bias in which low-ability individuals suffer from illusory superiority, mistakenly assessing their ability as much higher than it really is – or in simple English – to be unskilled and unaware of it.

Centuries earlier, Chinese philosopher Confucius described this syndrome in another way when he said “real knowledge is to know the extent of one’s ignorance”.

Later, British philosopher Bertrand Russell said, “one of the painful things about our time is that those who feel certainty are stupid, and those with any imagination and understanding are filled with doubt and indecision”.

Earth’s top playwright Shakespeare in  As You Like It, wrote “the fool doth think he is wise, but the wise man knows himself to be a fool”.

Surely someone or some people must have been suffering from the Dunning-Kruger effect when they conceived, produced and signed off on that Pepsi commercial after spending millions of the company’s money on it.

There were so many stages in what must have been a months-long process, when someone, anyone, could have said something like: hang on, isn’t this a bit dumb?

The whole two minute and forty second epic starts with a guy playing a cello and getting annoyed.  Then he has a break on his deck and sees a street protest, and joins in.  He sees Kendall Jenner in a modelling shot, catches her eye and nods his head indicating that she should join in.

Kendall then copies Lorde in smearing off her lipstick with the back of her hand, abandons her shoot and does join in.  Along with the young Muslim woman who got frustrated while painting, but takes a break to join the protest and take a picture of Kendall as she triumphantly hands a grim frontline policeman a can of Pepsi.  Yes, that is really what happens.

The Twitter response was brutal and often hilarious as people unloaded on the soft drink company, accusing them of suggesting that all the terrible things people have been protesting for in recent times could be solved by giving police a can of Pepsi.

If only it was that easy.