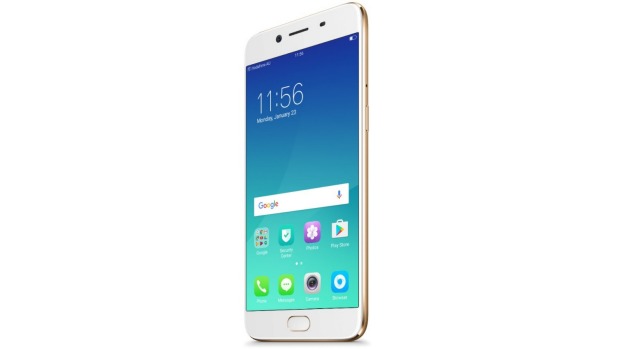 ​Oppo smartphones have finally arrived in New Zealand, offering Kiwis the chance to try the device that is taking on Samsung and Apple but at much lower price.

While Kiwis may have heard of Oppo – it sells stereos in New Zealand – the R9s is the first of its smartphones to go on sale here.

The Chinese company is a powerhouse in its own country. It holds a 23 per cent market share at home compared to Apple’s 6 per cent.

But can it make in-roads in New Zealand where Apple, Samsung, Sony and other brands are better known?

Maybe, but it’s got a long road to travel. That’s not because of its devices but more down to marketing and brand loyalty.

For now, the phones are available only through 2degrees and JB Hi-Fi.  As they appear in more shops people may start taking a closer look.

What they’ll see is a device with an uncanny resemblance to an iPhone.

It’s not just that the buttons are in the same place, or that the camera lens sticks out, but how the app icons look so similar to those on an iPhone.

This mimicry is not a bad thing – all tech companies borrow ideas from one another.

I can imagine many “that looks just like an iPhone” remarks, closely followed by responses such as “yeah, but it only cost $700”.

This is what Oppo is famous for – making a smartphone with similar specifications to more well-known high-end models but at a much lower price.

The specs are quite similar though, and so are the features, including 4K video, fast charging and a fingerprint scanner.

But while the R9s doesn’t have the same polish as those devices, it’s pretty close.

It should really be competing in the mid-range market ($400 to $750) but while it has a similar price it has nicer features than other devices in that range.

This includes a capacitive touch home button (one that doesn’t physically move) which doubles as a fingerprint sensor. It’s also got a dual sim card slot, though one can be used to add more storage.

Other specifications also shift it from the mid-range to the high end – 16MP front and rear cameras, 4GB of RAM and 64GB built-in storage.

Also, its sleek design sets it apart and has it competing with iPhones and other top devices.

It’s very thin (6.6mm compared to the iPhone 7’s 7.1mm) and the device I reviewed had a nice matte black finish. Apart from the oval home button, it looks like an iPhone.

But if you take a closer look it starts falling behind its high-end rivals. The app icons look flat, it doesn’t have the same oomph when flicking through apps and the screen lacks pop and sharpness.

However, once you remember this phone costs more than $700 less than one the same size from Apple or Samsung, you will probably forgive these issues.

I expect the Oppo R9s will sell well in New Zealand. It sits between mid-range and high-end devices, offering a nice phone with a price in the right sweet spot.

It won’t topple Apple or Samsung in New Zealand any time soon but I do expect to see more around and to hear “yeah, but it only cost $700” quite often.