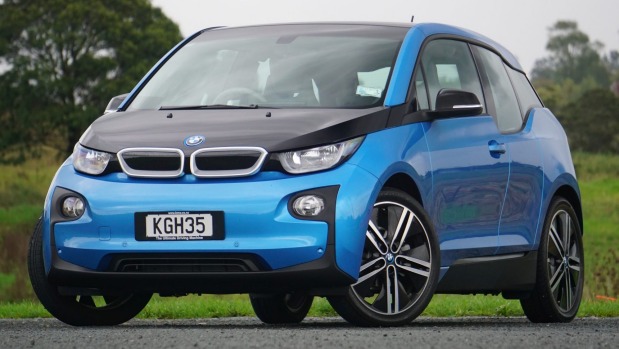 Okay, so the BMW i3 is a city car, right? BMW designed it as such and has made no secret of that fact. But what if you aren’t a German living in a large city and in possession of a strong sense of propriety and common sense?

What if, for example, you are a Kiwi who decides it would be a good idea to take an electric vehicle (EV) designed specifically for city life and do a road trip the entire length of the country? She’ll be right mate, it’s a car, after all. That’s what they do, right?

Well, yes and no. But the i3 is still a BMW, remember, and that means even if it was intended specifically for urban dwelling, it is still unusually attracted to open roads and corners.

So it was that I found myself in the same BMW i3 on two different road trips. One was the first leg of an epic journey from the very bottom of New Zealand to the very top. That’s right; Bluff to Cape Reinga.

The other was a smaller affair, but up north of Auckland to, erm, drink coffee.

Oh, and by the way, this was the pure electric version of the i3, not the one that packs a small two-cylinder petrol “range extender” engine. You know, the sensible one to take on a long distance road trip.

The epic road trip was part of Leading the Charge, organised by the Better NZ Trust to promote awareness of electric vehicles and clean air and stuff.

All very worthy, but let’s get that i3 out on the open road and get some coarse South Island chip seal under those skinny tyres.

Okay so yes, the i3’s ride is noticeably firm on these roads (and, indeed, most NZ highways), but it is not intrusive. Road noise over the coarse chip seal is noticeable as well, but this is more down to the fact that there is no engine noise to mask it.

Of course power is one thing the i3 doesn’t lack and it absolutely belts up to the legal open road speed limit. Close attention has to be paid to keep it on the legal side.

While the official 0-100kmh sprint is 7.2 seconds, the sheer bulging electrical torqueyness makes it feel far quicker than that.

Cruising is effortless in the i3 on the open road, with overtaking just as silently efficient as the charge up to 100kmh.

Speaking of charging, the i3 now boasts a range of around 200km; at a fast-charging station, it takes around 30 minutes to get it to 80 per cent.

And that is where the other, smaller, more coffee-influenced road trip came in.

Leading the Charge was a far longer trip, but it was carefully planned around the fledgling network of fast charging points that are springing up around the country at the moment.

And it was exactly that sort of planning we wanted to test out with our shorter road trip up to Kaiwaka, about 100km north of Auckland.

The two things you need when you drive an EV are a sense of proportion and a patient demeanour. The first is to keep your perception of the charge times in perspective to the real world and the second is to deal with the people who will inevitably want to engage you in conversation about your EV at a public charge point.

That second thing is almost unavoidable, but if you don’t get accosted you have around 20 minutes to fill in, to get a meaningful charge back into the car.

While naysayers may cry that it takes them two minutes to fill their car with petrol, this is nonsense. Seriously – time yourself next time you fill up at a petrol station; if it is busy, you have to queue at the pump, then fill the tank, then queue again to pay. It is not a two-minute job; more like 10 minutes on a good day.

Which is probably enough time to have a coffee. Or even make one, which is exactly what we did with the i3 at Kaiwaka.

A pretentious portable espresso maker is probably a good idea if you own an EV, as the 10 minutes it took us to make and consume a coffee got a decent 55km back into the i3, which was more than enough to get us home again.

Add in another coffee, perhaps a good muffin, and you will probably get an 80 per cent charge (fast chargers will only ever give a maximum of 95 percent and that last 15 percent is considerably slower).

Generally speaking, however, most fast chargers (particularly the ChargeNet ones) are rather thoughtfully popping up in areas populated by nearby cafes and retail establishments, meaning that the pretentious portable espresso maker isn’t always necessary. It’s still cool, though.

And then there is always the potential to answer curious questions about your futuristic magical car that runs on the electrical stuff. That is what Leading the Charge is all about and, quite frankly, its is also rather fun engaging with people who want to know more about your car.

But our coffee maker only makes one cup. Sorry, none to share.