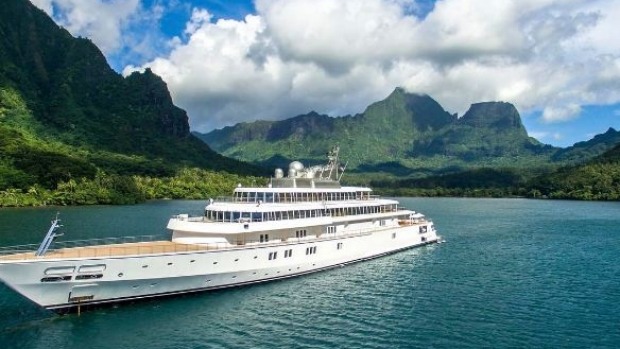 Hey, isn’t that … former president Barack Obama and former FLOTUS Michelle Obama chilling on a yacht in Tahiti this weekend with an uber-elite pack of pals including Oprah Winfrey, Tom Hanks and Bruce Springsteen?

The couple were photographed during their extended post-White House holiday in French Polynesia aboard music mogul David Geffen’s luxury yacht, the Rising Sun, looking every bit like your typical holidaymakers: the khaki-clad former commander in chief was taking a picture of his wife on the boat’s upper deck.

But unlike the average Joe tourists, The Daily Mail and local news reports say, they were joined by some of their closest celebrity BFFs for a two-hour sojourn on the seas off the island of Moorea.

Amid the umbrella-drink-worthy good times, both Obamas are working on books after securing a reported multi-million joint deal.

The yacht, which can sleep 18 guests and a staff of 55 people, is perfect for entertaining on the high seas. It even has a basketball court.

Geffen has been touring the islands of French Polynesia in the past few weeks. During this time, the Obamas were at a nearby exclusive resort: The Brando, on the private island of Tetiaroa.

Earlier this year, the Obamas enjoyed some downtime with other celebrity pal Richard Branson on his private island.

With his sunnies, shorts and a flipped-back cap, Barack was a picture of health as he relaxed on Necker Island.