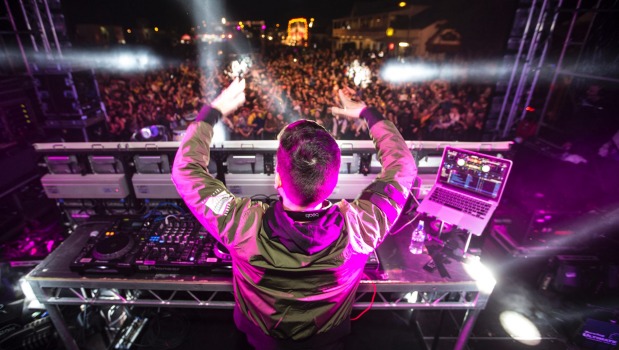 A $77,000 loss at last year’s event and conflict with the upcoming Lions’ Tour are behind a decision to cancel this year’s Ohakune Mardi Gras event.

The event was planned for 24 June 2017 and Ohakune Events Charitable Trust made the announcement this morning.

“It is disappointing as it is one of New Zealand’s most iconic and established events and we have no doubt our fans will also be disappointed by this decision,” said OECT chairman James Foubister.

Ohakune Top 10 Holiday Park owner, Kordula Daniel said she was “a bit bummed” about the cancellation.

“It was one of our busiest weekends and we were already booked up for it,” she said.

Daniel added that while she understood their reasons for cancelling this year’s event, she found it confusing that the event company announced the date last month, only for it to be cancelled a few weeks later.

“Why did they announce it in the first place if they were going to cancel it a month later?” she said.

Daniel said that people in the community will be happy about it not going ahead but it will hit the businesses.

“I’ve had people come to the event year after year,” she said.

Dave Scott, who is a well-known personality in Ohakune, said for the event to be cancelled, there must have been very good reasons.

“You can’t run these things at a loss. If there’s no money there, then it’s a wise decision,” he said.

“There must be a good reason for it, as disappointing as it is for some people.”

A Facebook post from Ohakune Mardi Gras has generated a number of responses from people in and out of the Ruapehu region.

Allayne Wallace, from Raetihi, said the event does not need high calibre of acts for people to have a good time.

“I would be happy to stand there and listen to common unity. Why not get local bands,” she said.

Catherine Dymock added it was never about the music.

“Such a disappointment for the local community as it was such a boost to the town.”

While the cancellation of this year’s event is a blow to some, Foubister added that it isn’t the end of OMG forever.

“OECT intends to bring back an event in the future,” he said.

“The look and feel will be very much dependant on feedback from our stakeholders, both locally and nationally and as a community, we are excited by the opportunities that this presents for OMG.”

Foubister added that partnerships will be the key to delivering a successful and sustainable event and the volunteer committee is looking forward to building relationships in the future, which supports the community’s vision.

“In order for OMG to remain viable the Trust is obligated to ensure that the event is not only competitive and meets expectations but, more importantly, is cost-effective for both the consumer and the Trust,” Foubister said

“The 2011 Rugby World Cup had a negative effect on our visiting numbers to the region and in light of the up-and-coming Lions Tour,

Ohakune Mardi Gras made its first appearance to the Ohakune township during the winters of 1995 and 1996, as a response to the devastation to the local economy caused by the eruptions.

A public meeting date will be advised in due course to gather and discuss these ideas.

“We wish to acknowledge, that in lieu of OMG, our Junction business community has put their hands up to run a season opening party,” says the Trust.

“We encourage all people to support this initiative.”