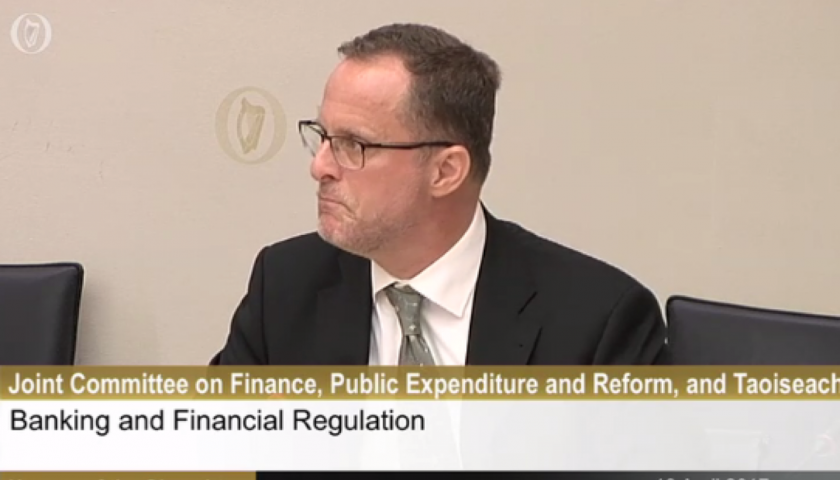 BANKING WHISTLEBLOWER JONATHAN Sugarman says that his life was “ruined” after alerting officials to liquidity breaches at UniCredit.

Sugarman became the risk manager at the Italian bank’s Dublin office in 2007, but resigned within months due to liquidity breaches.

He has since claimed that he repeatedly alerted authorities that Ireland was facing a liquidity crisis, a claim that was ignored. He maintains that had he been listened to, the bank guarantee and bailout could have been avoided.

Speaking today at the Oireachtas Committee on Finance, Sugarman said that his life has been ruined by his whistleblowing.

I have been unemployable for the last ten years,” he said, but noted that no regulator had ever been prosecuted for the failings that led to the multi-billion euro bailout.

Sugarman, citing the Grace, Mary Boyle and Garda whistleblower cases, said that “official Ireland” had taken steps to discredit them.

Official Ireland has absolutely and completely destroyed the lives of every single whistleblower who has come forward, from whatever walk of life they’ve come.

Those with their hands on the levers of power are immune, while those who do the right thing have their lives ruined.

He said that he had ”food to eat and a roof above my head” only because of the kindness of people across the world. He said he had not been able to work for over a decade because of the damage to his reputation.

Sugarman went on to say that he had turned himself in to Rathmines Garda Station in 2009 and met with the Central Bank, but no minutes were kept. He says minutes from that meeting appeared in a newspaper weeks later but they “bore no reflection to reality”.

Asked was he surprised by the Central Bank’s response to his reporting he had broken the law, Sugarman laughed and said: