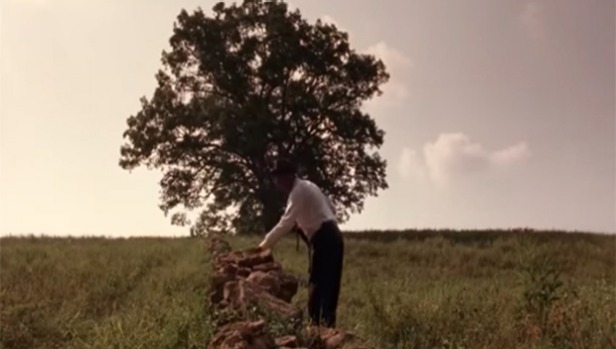 What remained of a 200-year-old oak tree made famous by the movie The Shawshank Redemption has been cut up and hauled away by an owner of the north-central Ohio property.

The Mansfield News-Journal reports Dan Dees said last week he plans to use some of the wood to make a table. The tree was rotted in the middle when high winds knocked down a portion in 2011. It was further damaged during a storm last July.

The tree was in one of the final scenes of the 1994 film starring Tim Robbins and Morgan Freeman. It’s underneath the tree that Freeman’s character finds an important letter buried by Robbins’ character.

Fans could view the tree as part of a series of places in the Mansfield-area related to the film.