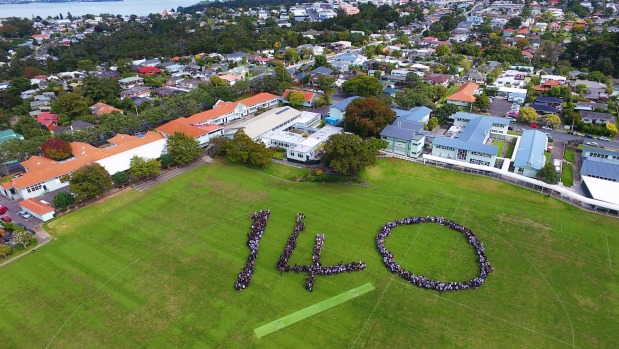 When the first cars were imported to New Zealand in 1898, Northcote College was already 21 years old. By the time corporal punishment was outlawed, it was 113.

Originally called Stokes Point School, it started out as a primary school in 1877. It’s the oldest secondary school on Auckland’s North Shore, and the second oldest school, second only to Devonport Primary, established in 1870.

Current assistant principal Scott Reed is helping organise the college’s 140th reunion, which will include a school tour for former staff and former pupils who attended up to 1959, a mix-and-mingle at the school, and dinner and live music at Northcote Rugby Club.

He said the college wanted an event specifically for students from up to 1959 to do something special for them and the former teachers.

“There isn’t a good understanding in the existing students of the real history of the place. Our history is significant … it’s raising that awareness in students,” Reed said.

He said the mix-and-mingle may also not appeal to older former students but is enjoyable.

“When you’re 10 or more years out of school it gets really interesting. It’s fun catching up with people,” he said.

“It’s interesting to find out what they’ve been out there doing.”

Reed also said having the dinner at Northcote Rugby Club, keeps the event in the community as several former students have ties to the club.

“It’s not just about the reunion it’s about maintaining links with past pupils.”

The college’s youngest pupil is 12 years and 10 months old and Reed said he’d also love to find the oldest former pupil before the reunion.

The reunion is taking place on September 29 and 30.

To register for an event, visit northcote.school.nz or drop into the college.