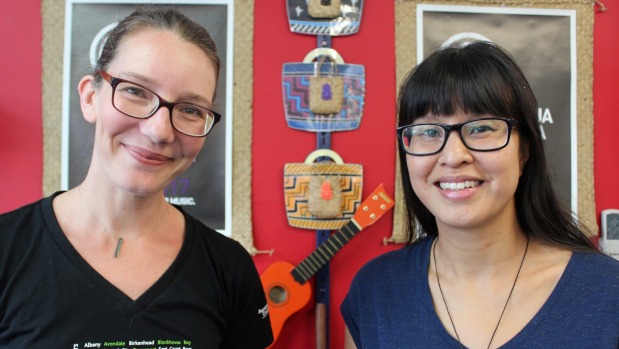 The “quiet code” of the library will be on hold for the month of May, as libraries host live music performances to celebrate New Zealand Music Month.

Glenfield Library assistant Dedee Wirjapranata is the organiser for her selection of “library friendly” musicians.

As an avid music fan, who goes to gigs two or three nights a week, she is excited to make live performances the focal point for Glenfield Library.

However, given the venue, she had to be careful in choosing music.

READ MORE:
* New Zealand Music Month: Have we outgrown it now?
* Auckland Libraries to cut 74 jobs in ‘Fit for the Future’ restructure

She has chosen library friendly, family friendly kind of music. Such as folky, country, singer songwriters.

“Something that is nice to listen too and not going to offend anyone.”

Northcote Library, because of the type of venue it is, is concentrating more on learning music instead of hearing it.

Librarian Ineka Vogels said the library’s involvement in music month is integral to its role as a community space supporting creative people.

“Music is not just for bars and pubs. Music is for everyone,” Vogels said.

New Zealand Music Month is a nationwide celebration of homegrown talent and the diversity of New Zealand’s musical culture.

Visit aucklandlibraries.govt.nz for gigs and venues, listed by community.