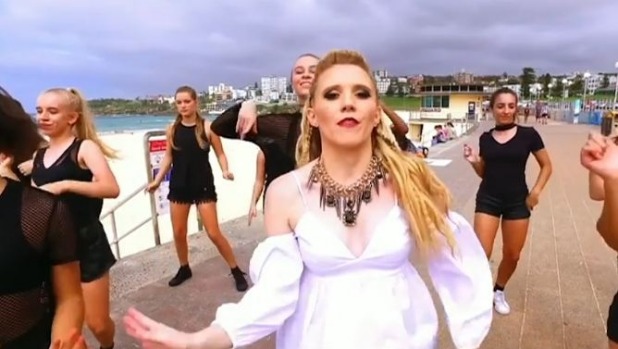 She was the feisty wee lass who stole hearts during the 2000 Summer Olympics, and with her hit single Strawberry Kisses.

Now Nikki Webster is back – as the slightly older wee lass singing Strawberry Kisses to an empty stadium and on a random beach.

The one-hit-wonder reprised her singing career on Australia’s Sunrise TV show with the help of weatherman Sam Mac and a fresh video.

With a troop of backing dances Webster sings along to her hit at the beach and at a sportsground. Mac provides a short rap segment.

Webster and Mac teamed up to re-record the song for Starlight Children’s Foundation Australia, which Sunrise says has already raised thousands for.

Sunrise debuted the video on their Facebook page on Monday, where it’s had more then 1 million views.

Compare it to the original in the clip below: