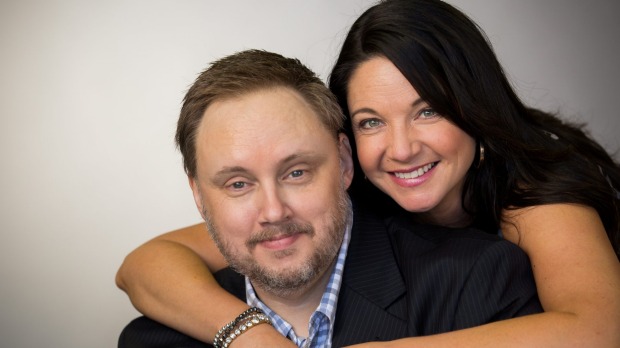 One likens it to going back in time. The other compares it to having sex with an ex.

But actors Karl Burnett and Claire Chitham both agree that reprising their old Shortland Street characters Nick and Waverley Harrison was “heaps of fun”.

Returning to the national soap after a more than 12-year absence, Nick and Waverley are being brought back to help celebrate Shortland Street’s 25th anniversary in a feature-length episode screening on May 25.

The couple’s storyline is being kept tightly under wraps for now, but Burnett says “it’s definitely going to be a fun watch”.

“I can’t say who I worked with,” he adds, maintaining strict secrecy. “But I guess it wouldn’t be that much of a surprise to say that Nick and Waverley and Chris Warner crossing paths would be the obvious thing really, cos he’s pretty much the only character left that our characters know.”

As for the possible return of any other much-loved characters from the past, even Burnett himself is very much in the dark.

“To be honest, I’m not sure if anyone else is coming back because they were very careful in that I only got my scenes. So I honestly have no idea. The only people that I worked with – apart from Claire – are people that are on the show currently.”

It’s actually been less than 12 years since Burnett was last on the Shortland Street set – he got a job behind the scenes as a boom operator for the sound department not long after Nick was written out of the show on-screen.

Chitham on the other hand hasn’t been back at all in more than a decade – although she has been asked to return to the role of Waverley once before.

“A few years ago I said no because I was on my way to other things,” says the 38-year-old actress, who post-Shortland Street was best known for playing Aurora in Outrageous Fortune.

Asked if her character Waverley has changed much in the intervening 12 years since she and husband Nick departed Ferndale for Taranaki in 2005, Chitham laughs. “Not really,” she says.

“The minute they step on screen, I think the audience probably wants to see these two characters being the way that they remember. I don’t think the audience is that interested in what they may or may not have been doing for 12 years – I hope people just want to enjoy seeing them again.”

As for what it’s like to be back on the Shortland Street set after so long away, Chitham says the experience was “weird”.

“People have asked me if it was like riding a bike – it is a little bit, but I also liken it to being asked to have sex with an ex.”

“It’s like an ex that you still quite like, and it didn’t end badly, but you kind of both go back into your old thought patterns around that situation – and that’s as weird as it sounds.”