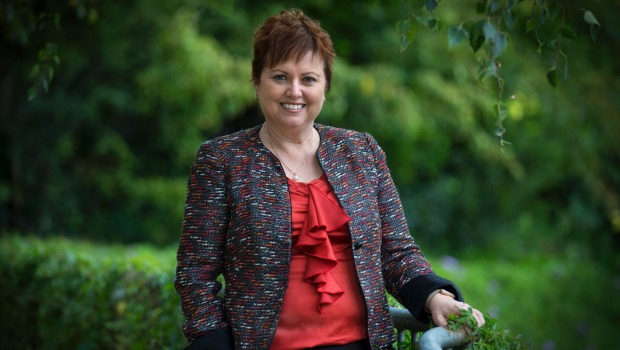 Massey University’s new boss has big ambitions for the institution.

A recent import from Australia, Jan Thomas became vice-chancellor in January and is settling into her work.

“I don’t want Massey to be a university that sits on a hill with high virtual walls around it,” she says.

On the other side of the Manawatu River from most of Palmerston North, Massey has long been nervous about being cut off from its community.

Former deputy vice-chancellor Ian Warrington was devoted to breaking down the barriers between “town and gown”, and the relationship between the university and the city became a specific focus for celebration.

Thomas agrees reaching out to the community is important.

Massey is up against strong international competition and needs to stand out, she says.

But even more crucial is that the people who come through Massey make the world a better place, including their own backyards.

“There’s a lot to be said for universities that pay attention to their local environment and their bigger global environment.

“I’m pretty keen to make sure there’s a lot of two-way flow in that sense.”

Massey is a “national university”, she says, and there are ambitious plans to develop its Albany and Wellington campuses, as well as its Manawatu home base.

Thomas’ game plan is to develop an internationally-recognised “innovation precinct” in Manawatu and become better at fostering developing entrepreneurs.

She hopes that will give Massey – and the wider region – an edge in the future.

Thomas is a vet by profession and is still surprised she was seduced over to the management side of university.

“I became interested in the power of a university to transform people’s lives, either through research, solving some of the real big problems, or through education… and to have a broader influence.”

A growing distrust toward facts and reason only spurs her on.

Many people have watched with concern as experts have been dismissed in situations such as the lead-up to the Brexi’ vote. There are worries, too, that American President Donald Trump and much of the populace are operating in an “alternative facts” universe.

Thomas says democracies must be strong, rigorous and safe and universities have a role to play in that.

“This whole notion of the post-truth era – [it] really calls on universities to be even stronger in the way they look at data, use empirical evidence and research to create new knowledge and to influence the public debate.”

All the right ingredients are already here to build an incubation zone around the university, drawing on the region’s strengths in agriculture, food and veterinary science.

“We do have a really strong eco-system here with our research centres, the Riddet Institute, Food HQ, Massey, all of these pieces. But I think we can add more to that.”

Start-ups, spinout companies and small and medium enterprises can be helped along to add value to the economy if the Government, industry and universities work together, she says. A creative, innovative hub could be Manawatu’s advantage.

“[We could do that] in a way that I can’t actually see happening elsewhere, easily, in the New Zealand landscape.”

The mash-up of interests and entities would be a plus for students, researchers and academics. But it would also help diversify both the university and the community’s income.

The “how” is the trick. Creating a university that is easily accessible and understandable to outsiders invites collaboration, while curriculums will be angled to foster students’ increasing interests in building entrepreneurial skills and connections.

The time is ripe, she says, as many are taking a different look at their place in the work force. This is partly thanks to the impact of the global “sharing economy” – new platforms for delivering products and services such as Uber and Airbnb.

“More and more [students] are expecting not to go into work for a firm – they are wanting to start their own firm when they first graduate now,” she says.

“That’s a big shift, because the kind of automatic assumption is you go in and work for a company for a while, and if you wanted to start your own you’d start one down the track. Now, around the world, what we’re seeing is university graduates are really interested in the idea of establishing a small start-up themselves.”

That’s the entrepreneurial spirit Massey has to tap into. Graduates with entrepreneurial skills need the right environment to challenge them to be innovative and to make use of the clever ideas of the people near them.

But the value of the university needs to be apparent to the community. Thomas says that to be relevant and useful, universities need to be more open and connected. They have to “stand up” and promote their value to society.

“New Zealand is a shining light worldwide, and the universities are playing a key part in driving and building a better New Zealand.”