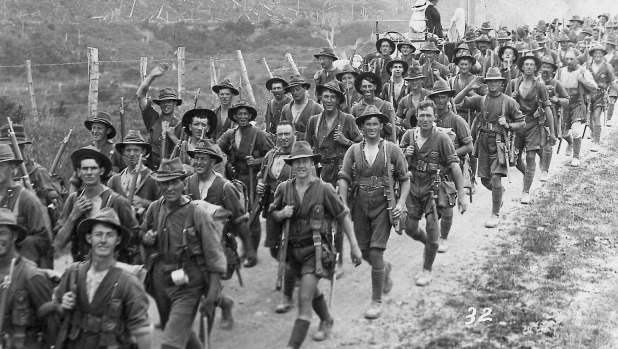 A new documentary on what life was like for soldiers training for duty in World War I attempts to fill a void on the subject, its creators say.

The documentary, titled Safe Haven, details the creation of Featherston Military Camp and what day to day life was like for men and women stationed there, and covers the major events that occurred at the camp.

Documentarian Allan Honey said one of the things that spurred his interest was an exhibit at Aratoi Museum that had a lot of photography and memorabilia of the camp, but little insight into what happened there.

Honey said he and co-creator Neil Frances have tried to add a story to what was such a formative part of Wairarapa’s history, with a leg-up from Sir Peter Jackson.

“It was lucky I had a contact who was close to Sir Peter Jackson through my years working in television.

“They were able to tell him about what we were doing and he was happy to help with the footage we needed for the documentary and also with the short film we played afterward.”

The locally produced feature would not have been possible without Wairarapa Archive, Honey said.

“Neil was a bit of a natural in front of the camera which was great. It would be nice to make more films on local histories, because there are more there.

“Things like the Rimutaka Tunnel, Fell Engine and the Polish refugees are really interesting subjects.”

Following a recent screening at Masterton’s Regent 3, Lieutenant Colonel Martin Dransfield of the New Zealand Defence Force said the filmmakers had captured the spirit of the soldiers and noted they were very similar to young soldiers today.

Dransfield said some of the scenes were really thoughtful and provided a unique glimpse into the hopes and dreams of the young men and women stationed at the camp.

“While there was a light-hearted element it also showed very well the serious side of what WWI meant and how it affected New Zealand and Wairarapa.

“It is a valuable piece of history that helps us remember the sons and daughters who bravely did their duty.”