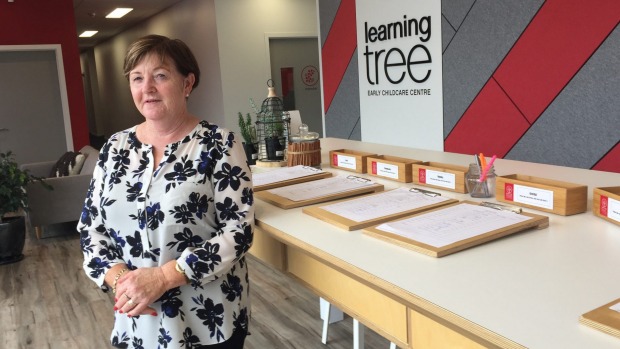 A daycare centre director says a new law obligating early childhood centres (ECE) to pay to have their kitchens audited is “ridiculous”.

Under the Food Act 2014, ECE centres that cook or prepare food now need to register with the Ministry of Primary Industries (MPI) and have their kitchens verified by council or an independent party.

Existing centres had until March 31 to apply for registration with their local council.

They then have one year from date of registration to have their kitchen inspected and verified.

New Shoots owner Michelle Pratt said she felt the compliance law was introduced with little infrastructure in place and feared it would affect centres who could not afford to comply.

She said she also feared it would result in increased costs for parents.

“It was very, very clearly argued that it would be a problem for the sector

“My big thing is those children in low demographics. So if you’re in a poor community, they’re going to say, ‘Okay, bring your lunch from home now, because we can’t afford to have our kitchen audited’.”

For each of her six centres, including one on the North Shore, Pratt said she’ll need to pay $1000 per audit and estimates spending an additional $5000 in employee time and administration.

When she tried to arrange auditors for her centres in the Bay of Plenty and Tauranga, she said she was told there was no auditors available in the region.

Pratt said after putting pressure on MPI, they suspended the requirement for those centres until they could find a suitable regionally located auditor.

An independent verification company has now relocated an auditor to the region, and verifications have now started.

Owner of an Auckland day care centre who prefers not to be named, said with this in mind, they were conscious to contact an Auckland-based verifier.

Even so, the auditors scheduled to inspect the premises were travelling from outside Auckland, and the company requested the centre pay a fee to cover travel and associated costs.

New centres opened after 1 March 2016 would also be affected by the law.

They are required to register their kitchen as soon as they receive their probationary ECE licence from the Ministry of Education and get verified within a month of opening.

Learning Tree centre director Lynne Rice opened two new centres – one in Apollo Drive and the other in Westgate – in November and was contacted by a verifier outside of Auckland in early 2017.

Their services, which she will be using, cost more than $700 per visit.

Overall Rice said the procedure had been confusing, and she thought most established centres were “totally unaware” of the law change.

When she first went to Auckland Council to register, she said no one knew was she was talking about.

Rice also said it didn’t make sense to have the kitchen rechecked, as the centre had already go through three compliance checks before opening.

For verification under the Food Act 2014, daycare centres fall under the category of National Programme 2.

An MPI spokesperson said the new law was “publicised widely” to daycare centres and that they had worked closely with the sector since the act came into effect to address concerns, hold workshops and create tailored guidance.

MPI has prepared guidance on verification and likely costs, which it lists as ranging from $115 to $210 an hour, excluding travel costs.

The spokesperson said if centres could not find a verifier within that price range to contact MPI for assistance.

They said $1000 was more than they would expect most centres to pay, unless there were food safety issues or multiple centres to verify.

Verification is estimated to take around two to three hours, with no issues.

They said businesses needed to meet the costs of regulation as with any law, however centres facing “genuine hardship” could apply for a waiver or partial waiver of fees.

On the MPI website, it states verification only needs to happen as little as every three years, if food safety is managed well.

The council’s manager environmental health Mervyn Chetty said Auckland Council was currently not approved to compete verification of national programmes yet, but was in the process of acquiring accreditation by June 2017.

An MPI spokesperson said it was each council’s choice as to whether to provide verification or not.

Verifiers check knowledge of food procedures such as cooking and storing food at the correct temperature, keeping records and documentation, and ensuring adequate staff training.