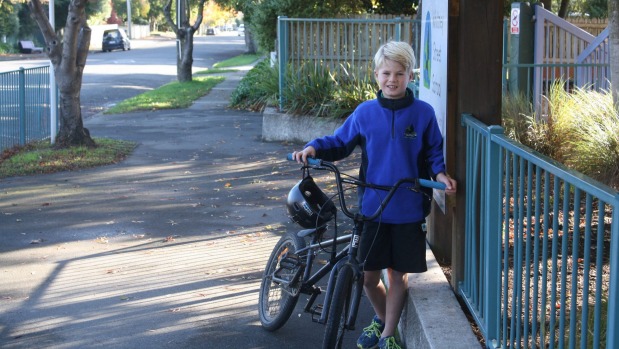 Parents, schools and the wider community will soon be asked for their views on a new cycle lane which will allow school children to bypass Blenheim’s busy town centre.

Some young cyclists from three schools already use the route to avoid traffic, and the council is planning to create an official cycle lane to make the ride to and from school safer.

The lane will encourage students of all ages to use their bikes, with low numbers of cycle usage at Whitney Street School and Marlborough Girls’ College.

Construction on the track is due to start in 2018, and consultation with the public will begin soon.

The route will run along Eltham Rd, up either Carr St or Dillon Street and along Beaver Rd to the Taylor River Reserve, which cyclists can then cross, bypassing busy traffic in Blenheim’s town centre.

Eltham Rd resident Andrea Craig said she supported the cycleway, and her son Alex was keen to ride his bike to Bohally Intermediate when he started school there in two years’ time.

Many people used Eltham Rd as a thoroughfare in the mornings, so it was important the route was well-marked if children were going to use it.

“It will be fantastic knowing that it’s safer for them,” she said.

Seven per cent of Whitney Street pupils and 14 per cent of Marlborough Girls’ students rode their bikes to school, compared with 30 per cent of Bohally Intermediate students.

A ViaStrada Ltd report on the options was presented to the Marlborough District Council’s assets and services committee on Thursday.

However all the councillors voted in favour of the proposal, which is expected go out for public consultation after the next full council meeting in May.

There are a wide range of options for the cycle route, such as including “landscape calming” features such as street trees and shrubs, having two lanes side-by-side, and separating the cycleway from traffic by putting a berm between them.

The estimated cost of the cycleway ranged from $200,000 to $500,000, depending on what features were included. The New Zealand Transport Agency, Urban Cycleways and the council would jointly fund the project.

Councillor Geoff Evans said the proposal was comprehensive, but there were so many options it was confusing.

“It does need a consultation period to have a look at what’s going to be the best option.”

The report to council said there had been 19 crashes on Beaver Rd and Eltham Rd in the past five years. Six of them happened at the intersections of those roads with Dillon St, which the cycle route would bypass if Carr St was chosen.