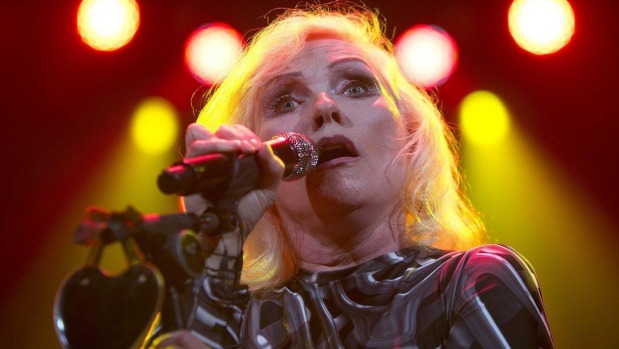 Yes, I know. Easter’s just an ancient pagan fertility ceremony recycled by the Christians. But I love it just the same.

Easter provides a holiday to raise our spirits before the long cold trudge of winter. And it comes laden with a splendid pick’n’mix of rituals we’re free to embrace or ignore, depending on our age or point of view.

For nippers, it’s all about hoovering up chocolate eggs. For the righteous, it’s an opportunity to huddle in church, belting out hymns and celebrating the resurrection of the Big Guy’s only begotten son.

What would Jesus do? Beats me, but atheists like me tend to celebrate Easter by sleeping late, hoping someone might wake us up with a toasted, buttery hot cross bun.

READ MORE: * Blondie and the clever Kiwi * Cyndi Lauper/ Blondie teaming up for NZ tour * Stuck in the 1980s with you?

This Easter, however, extra thrills are on offer. Cyndi Lauper and Blondie will be among us, making enough of an unholy racket to raise the dead, playing Horncastle Arena in Christchurch on Easter Saturday and Auckland’s Vector Arena on Easter Monday.

I talked to Blondie’s peroxide-dipped figurehead Deborah Harry in 2010, and she was a blast.

She grew up in New Jersey and it showed: when Harry drawled the title to her song Call Me, she sounded like a tough Jersey plumber, telling you what to do the next time you got a burst pipe.

Former Playboy bunny, ex-junkie, pop legend, fashion icon: she wore her storied past with a shrug.

Now 71, Harry sounded detached, goofy, out-to-lunch. Even when she talked about life-threatening things, it was in a calm, sleepy monotone.

She claimed to have jumped from a moving car in 1972 after being picked up at 3am by serial killer, Ted Bundy. But her voice didn’t change, because, well… she got out, right?

Harry formed Blondie with boyfriend Chris Stein in 1974, and they became part of the burgeoning punk scene, playing NYC dive bars such as CBGB alongside Talking Heads, The Ramones, Television and Patti Smith.

“It was a very exciting time. We were all breaking away from the established radio style. We made music that was more basic and youthful and aggressive, rather than these good ol’ boys goin’ on the road with all them gee-tars. Our songs were full of twisted double meanings and dark humour, and lots of anger, too, because that was the social climate of the times.”

Blondie’s third album Parallel Lines broke through to the mainstream in 1978, colonising the charts with a clutch of sparkling singles: Picture This, Hanging On The Telephone, Sunday Girl, the immortal Heart Of Glass.

Delivered in Harry’s thin, dreamy voice over glossy new wave disco-pop, the songs somehow managed to be both snotty and glamorous, and they’ve aged better than most of us.

So has Debbie. She told me she had no interest in retiring, but didn’t want to feel like she was just a jukebox, either.

“Aside from die-hard fans who pay microscopic detail to every song we ever recorded, the general audience just wants the hits. Otherwise they’re like ‘Oh, my God, no! They’ve changed!’ But we always inject those songs with a little unexpected twist to keep them interesting to play.”